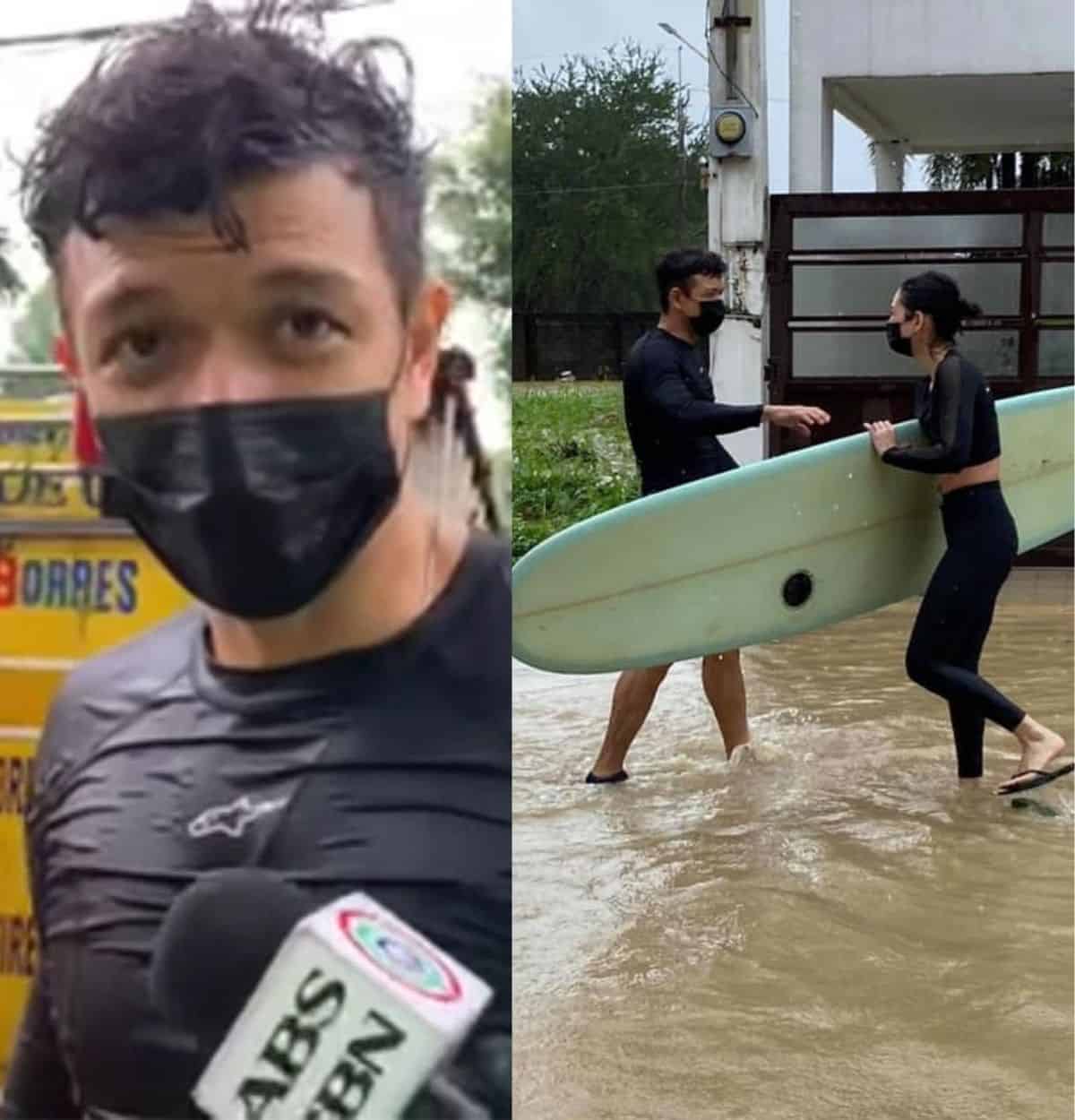 Amid severe flooding caused by Typhoon Ulysses, actor Jericho Rosales and wife Kim Jones used their surfboards as they lent a hand to rescue efforts in Marikina, as seen in a video posted online.

The celebrity couple paddled through flood waters while calling out to fellow residents, “You need help?”

They were also captured in action in separate photos.

These never-before-seen video and photos surfaced days after they went viral online for helping out rescuers in the city they live in.

Netizen Sheena Elijan, who uploaded the video and photos, told The STAR’s Latestchika.com that the couple passed by their street as floodwaters rose Thursday morning.

In an interview with ABS-CBN, Jericho who is an avid surfer explained that they decided to bring out their surfboards because learning from past experience, “sometimes walang boats or flotation devices”.

Back in 2009, when tropical storm Ondoy heavily affected Marikina, the actor also offered his assistance to local rescue efforts.

In the aftermath of Ulysses, he lauded the first responders in Marikina and asked the public to show support and be patient with these rescue workers and volunteers.

He also launched a fundraiser with his wife for typhoon victims not just in Marikina but also in other hard-hit areas in Cagayan Valley, Isabela, Catanduanes and Quezon provinces.

Meanwhile, the Kapamilya star shared hi candid thoughts about the flooding situation in Marikina and in nearby Rizal during an Instagram live Q&A with fans on Sunday night.

“I love Marikina, I love Rizal. For me, Marikina is one of the best cities in the Philippines. 2009 when Ondoy happened, it was crazy, we were like argh! ‘Bakit kasi barado lahat ng mga drainage? Bakit kasi ganito, bakit ganyan?’ We were very, very frustrated but Ondoy taught us a lesson.

“If you have visited Marikina before typhoon Ulysses, it is the best, it is the cleanest that I have seen. Pwede kang pumunta sa palengke, pwede kang tumambay sa palengke dahil napakalinis niya,” he said, adding that at least twice-a-week he would bike around Marikina.

If people don’t want another Ulysses in the future, he stressed that there has to be a collective action, and it should start with individual effort.

“Bakit yung mga bagyo, ganito na kalalakas, ganito na karaming tubig? I mean, I don’t know ano nangyari during the 1920s or 1930s; I don’t have all the data and facts. But, nangyayari ‘to because of global warming. Sobrang daming tubig.”