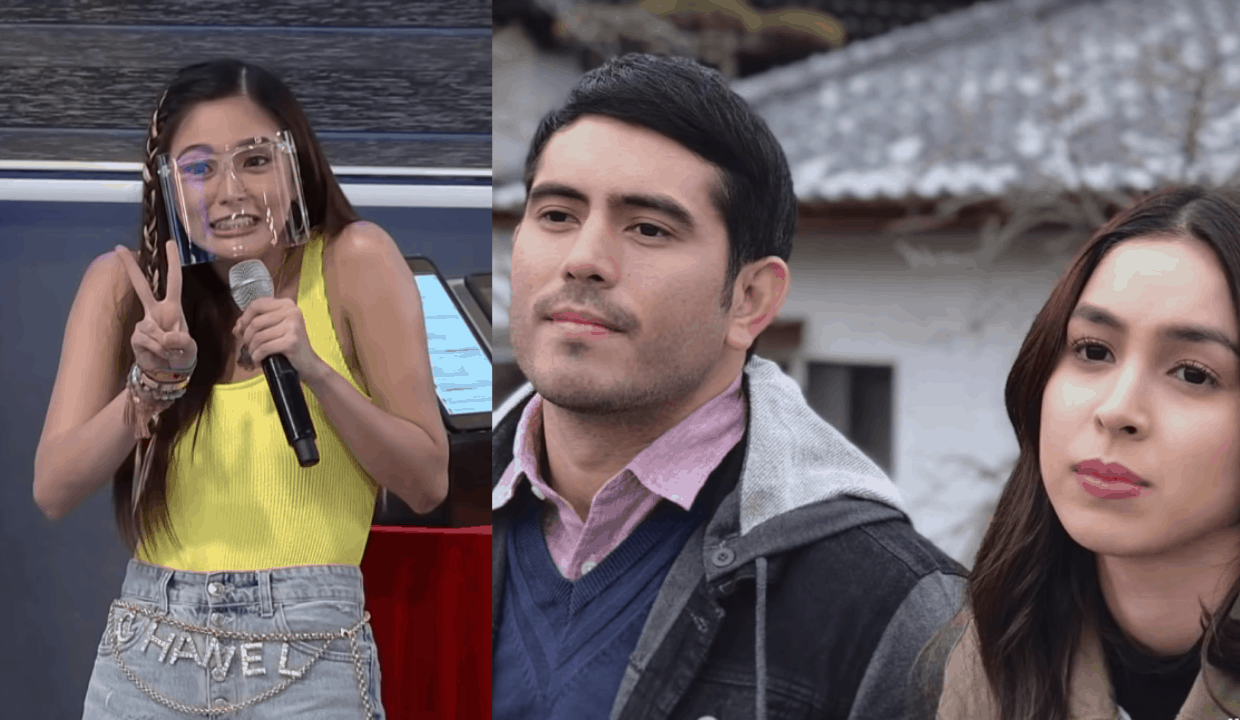 Netizens were surprised after Kim Chiu seemingly had a “slip of the tongue” about Gerald Anderson and Julia Barretto’s supposed relationship.

In the Wednesday episode of It’s Showtime’s MasTesting segment, Kim had to like five posts on her ex-flame Gerald’s Instagram account as her “fun-ishment” for the show.

While Kim was scrolling through Gerald’s Instagram’s posts to carry out her dare, she suddenly said, “Tapos pag bukas mo dito, nandito si Julia Barretto,” which she quickly followed with “Ay bawal ba?” and a peace sign after seeing the reactions from the studio.

This drew laughter from her co-hosts and netizens with others speculating that Kim just “spilled the tea” over the long-rumored couple.

Kim who landed on Twitter’s trending topics list also received compliments for being a good sport during the show, despite revealing that she doesn’t follow Gerald on Instagram.

Julia and Gerald, who were long rumored to be dating, were previously embroiled in a controversy after veteran broadcaster Jay Sonza alleged that the actress is pregnant with the latter’s child. (READ: Is Julia Barretto pregnant with Gerald Anderson’s baby? Star Magic reacts.)

The actress also filed a cyberlibel complaint at the National Bureau of Investigation against the journalist.