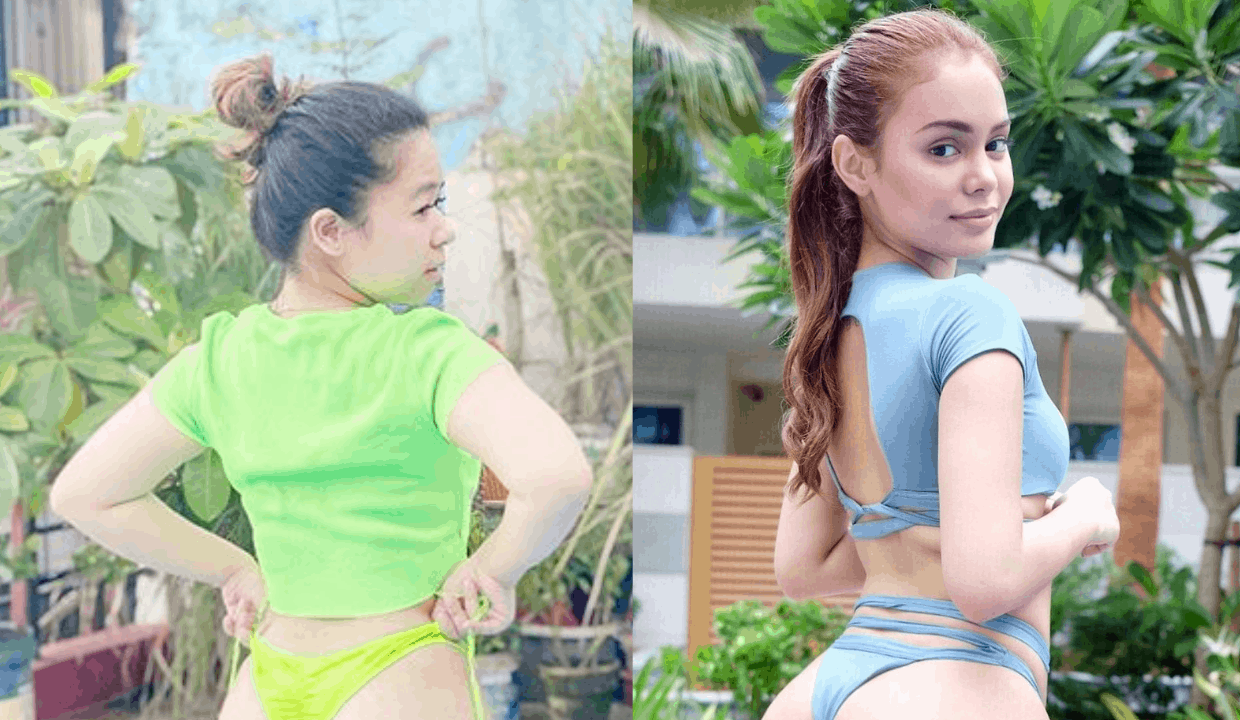 Kiray Celis shared another booty photo of herself but this time, she posed ala Ivana Alawi.

The Former ‘Goin Bulilit’ proudly posted a photo of her in a neon green bikini that showed off her well-rounded behind at an inflatable pool.

“Relax! Hindi si Ivana to! Si IGUANA TO! ??,” wrote Kiray in an Instagram post, poking fun at her pose that imitated the sexy Kapamilya actress.

Kiray’s post was met with compliments coming from her fans and followers.

The Kapuso actress previously dedicated her booty photos to body shamers online and tried to ward off critics with message of body positivity.