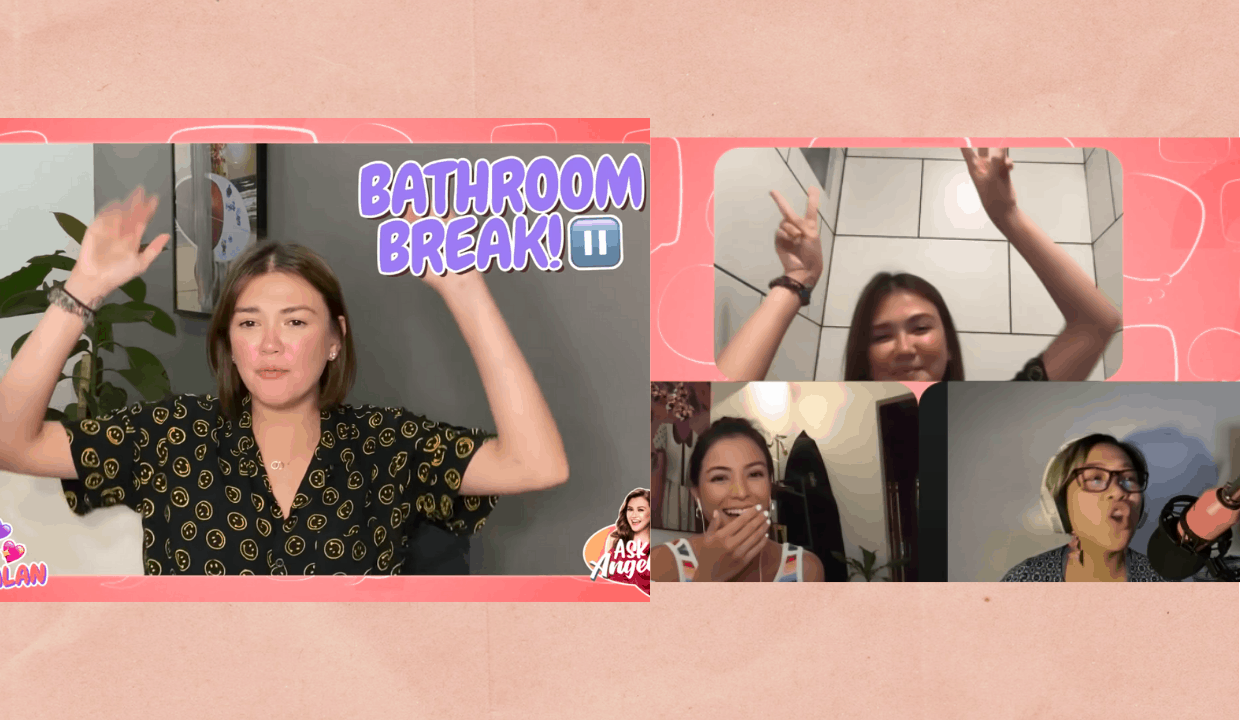 Angelica Panganiban’s co-hosts burst into laughter when the actress took a toilet break with her camera still on during her digital show.

In an episode of Ask Angelica, Angelica together with her co-hosts Via Antonio and Kean Cipriano and guest Glaiza De Castro were in the middle of giving advice to a caller when the actress said she needed to pee.

Glaiza and Via were shocked when Angelica literally walked and brought her laptop and co-hosts “virtually” to the bathroom.

Angelica even made funny dance moves in front of her laptop and proceeded to take a pee but with her head part only visible to the camera.

Ask Angelica is a digital show launched in September where she read questions from netizens and share her advice.