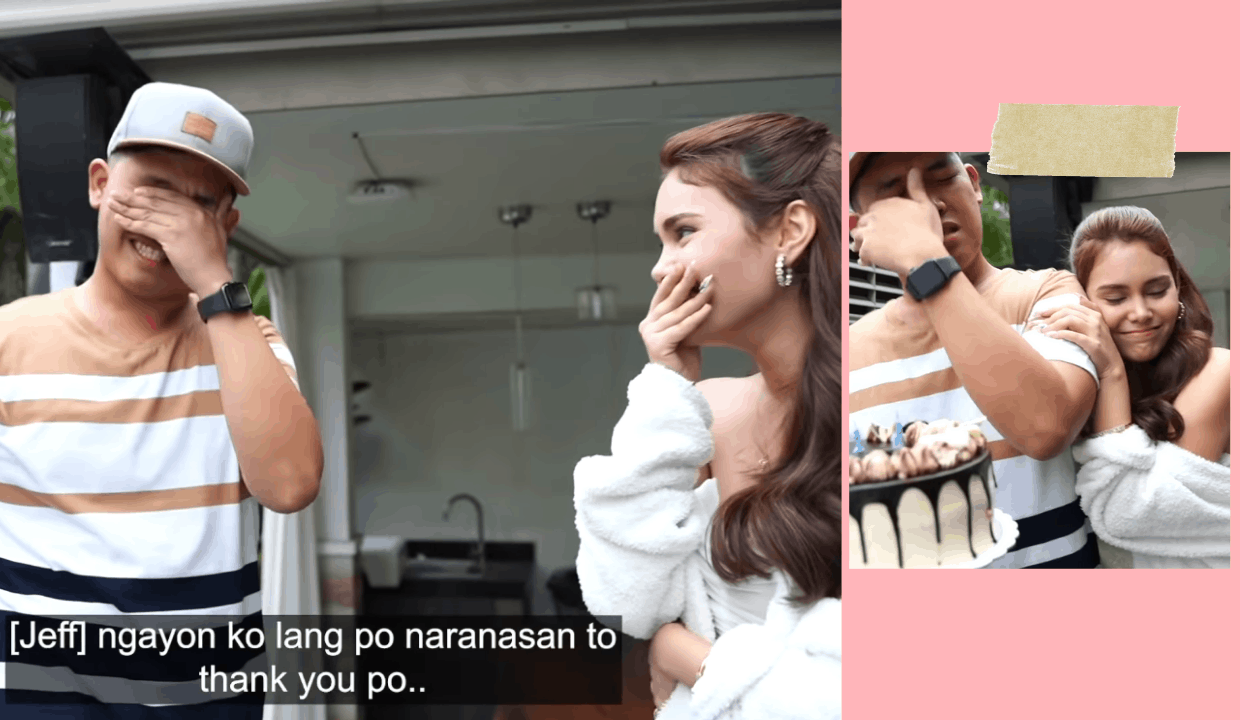 Ivana Alawi’s vlog editor was brought to tears after the actress put her maldita mode on and then surprised him with an iPhone 11 as a birthday gift.

In her most recent YouTube vlog, Ivana decided to prank and surprise her editor, photographer and videographer Jeff, who at that time was celebrating his birthday.

The Kapamilya sexy actress revealed in the vlog that Jeff, 23, who is not fond of celebrating his birthday, is almost like a family member as she treats him like a little brother.

Ivana shared that the same treatment goes out to all of her other employees.

In the 25-minute vlog, Ivana repeatedly pretended to be irritated and scolded Jeff with her mom and other people in the house as her accomplices.

Jeff then went emotional as Ivana came out holding a cake and started singing “happy birthday”.

The overwhelmed vlog editor admitted that he was frightened to see Ivana being in a “foul mood”, as well as receiving a surprise for the first time in his life.

The 25-minute video currently holds over 2.5 million views as of writing.