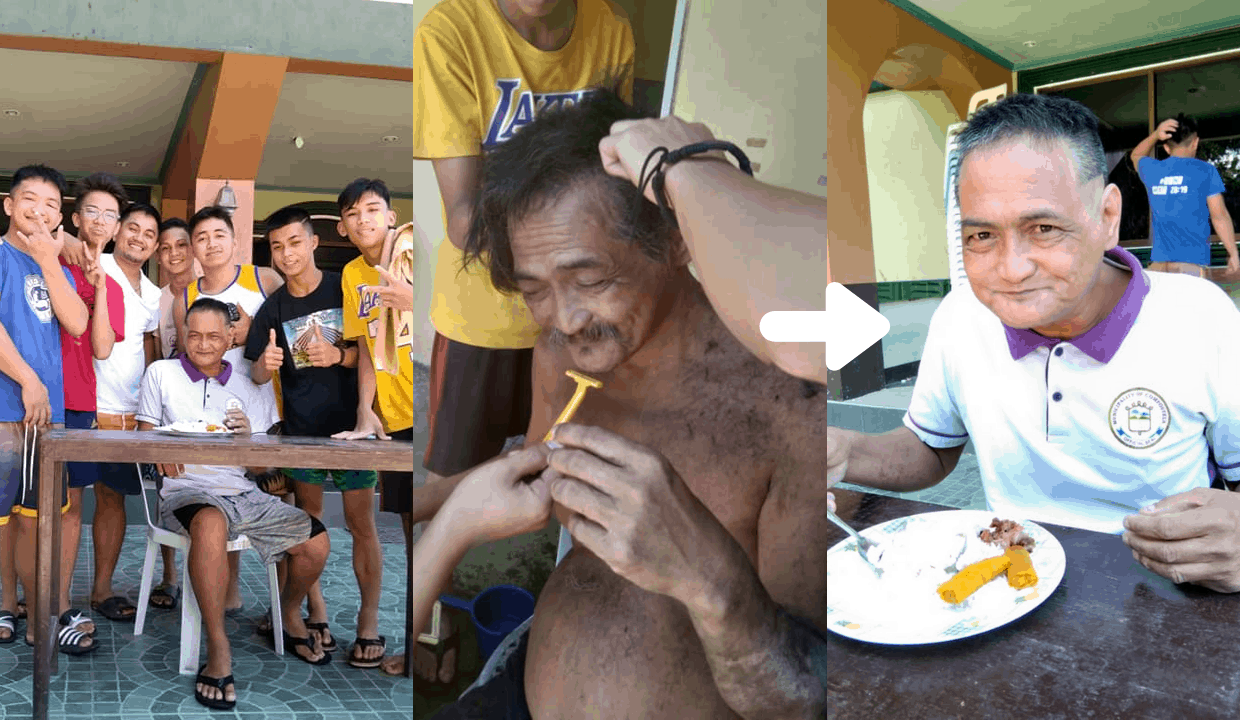 A group of altar boys from San Roque Parish in Mawab, Davao de Oro earned praises online after showing kindness to an old man who had been wandering the streets for years.

Facebook page MINDtheNOW shared that the old street dweller, known in the town as Totong, only gets through the day with food given by passersby.

Teotristian Gomez Batutay, one of the altar servers, shared a series of photos online that showed Totong getting a bath, haircut, food and clothes to wear from the group of boys.

(“We helped him because we felt sorry for him and so that we could see him clean.”)

The heartwarming photos of Totong’s “makeover” were later shared by the Facebook page Province of Davao de Oro and have since gone viral. According to the post, the former vagrant is now under the care of the San Roque Parish.

Based on the comments, netizens were touched with the young altar servers’ good deed.