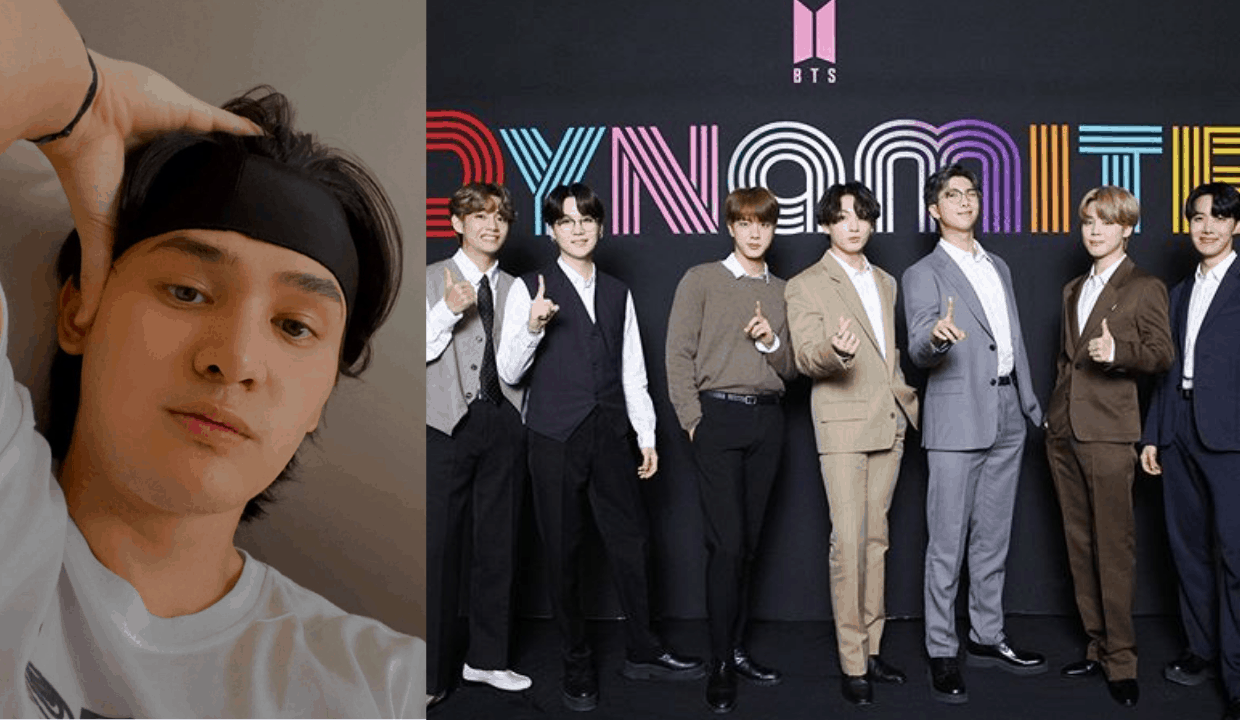 Ruru Madrid got the approval of K-pop sensation BTS for his cover of their record-breaking single Dynamite.

The Kapuso actor previously uploaded a dance cover where he grooved to the retro vibe track with outfit inspired by the boy group’s music video.

Ruru’s Dynamite dance challenge was among the K-pop boy group’s liked videos on TikTok, along with several other dance covers from Armys–BTS’ fan base.

As a self-confessed fan and “proud army”, Ruru also recently shared an acoustic cover of Dynamite on his Instagram account.

In an interview with GMA News, the Kapuso hunk revealed that BTS serves as his inspiration, especially during these trying times.

This wasn’t the first time that Ruru got noticed by the boy group.

Ruru made a stir online last July when he posted a mirror selfie showing off his stylish outfit, which had fans taking notice of his resemblance to BTS member Taehyung or V.

The photo later on made it to a Korean app called Weverse and caught the attention of V who left the comment (as roughly translated to english): “Ah… Seeing things like this makes me think if I should just give up on working out.”

LOOK: Running Man Philippines cast members are having a blast...