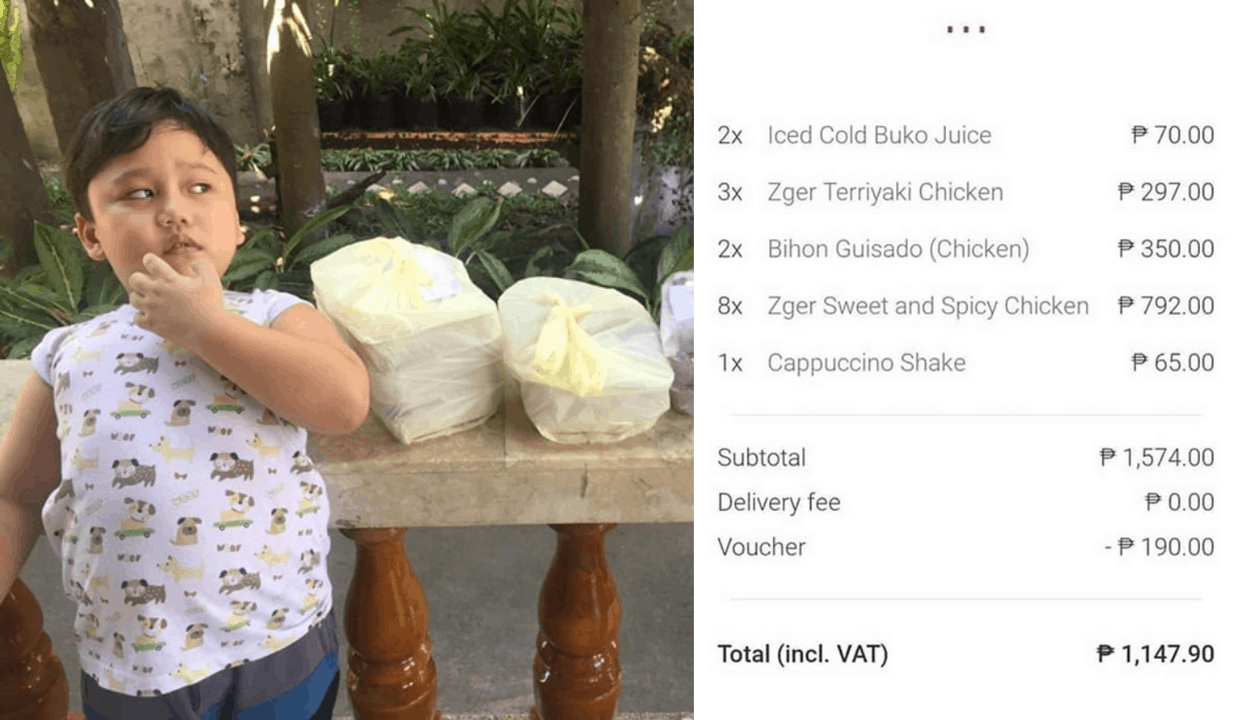 A father in General Santos City was shocked when a delivery rider came knocking at their house, completely unaware that his little boy who borrowed his phone had ordered food online.

After recovering from his surprise over his five-year-old’s hilarious move, Respecia took photos of his son with his orders and posted them online.

He also shared the receipt showing what his son ordered which were a couple of chicken meals and drinks that amounted to P1,574.

In an interview with Latestchika.com, Respecia said he was busy doing some chores around the house when the food delivery rider came.

At first, he thought it was his wife who made the order but was surprised to learn the amount he had to pay.

But his son must have realized what he has done, especially after seeing himself on national TV because of the viral post.