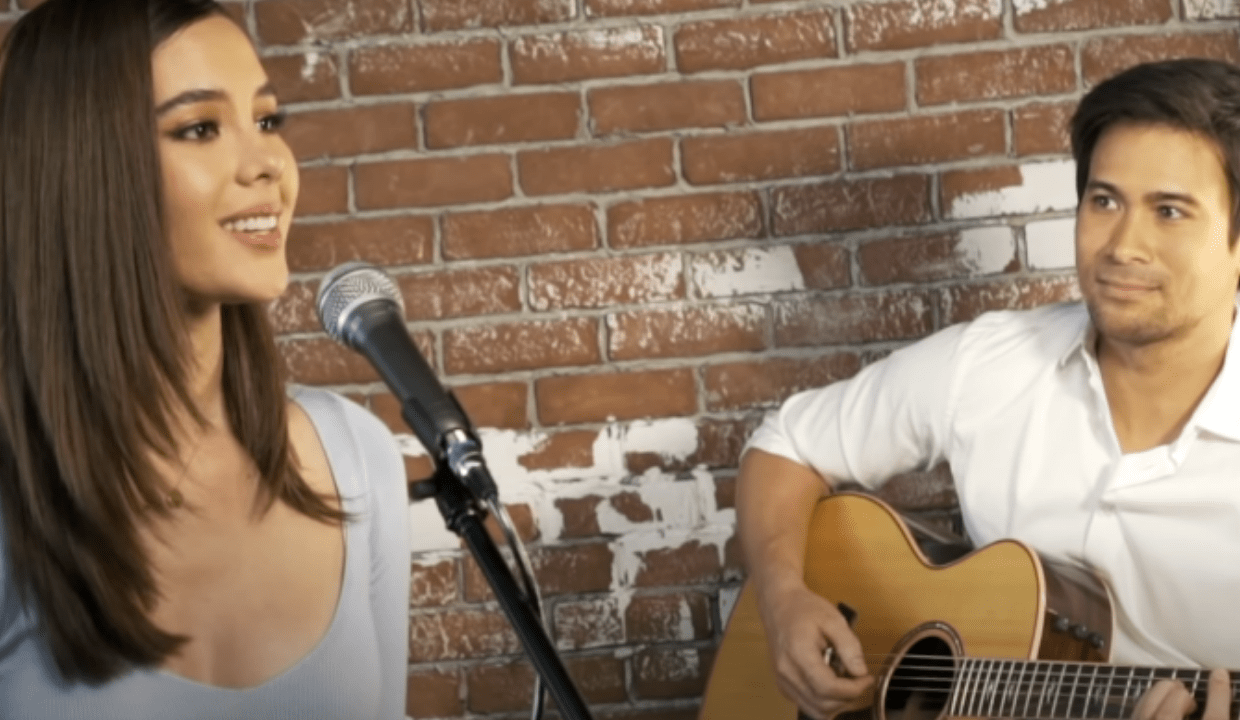 Catriona Gray and Sam Milby appeared to the public as a couple for the first time in a music collaboration.

The singer-beauty queen on Saturday released the “stripped version” of her song We’re In This Together on her YouTube channel on Saturday.

We’re In This Together is an inspirational song she recorded for the benefit of the non-government organization Young Focus Philippines back in 2018. She has been a supporter of the Tondo-based nonprofit even before she joined and won that year’s Miss Universe pageant.

The single has been re-released to support an online education program for Young Focus beneficiaries.

According to Catriona, “All streams and digital download proceeds go towards the Young Focus Philippines’ ‘Quality Education for All’ campaign which aims to raise Php 1 million to kickstart an online education program for the students of Young Focus amidst the challenges of the COVID-19 pandemic.”

In the video, Catriona performed the song while Sam played the guitar.

Catriona and Sam can also be seen exchanging sweet glances and smiles throughout the music video.

This collab also marked the first time Catriona publicly acknowledged her relationship with Sam. It was the actor who confirmed they were dating in an Instagram post on his 36th birthday last May.

“Special thanks to my love Sam Milby, my Young Focus Philippines family and my Cornerstone Entertainment family,” wrote Catriona in the music video’s description.

Both Catriona and Sam belong to the talent management agency Cornerstone Entertainment.