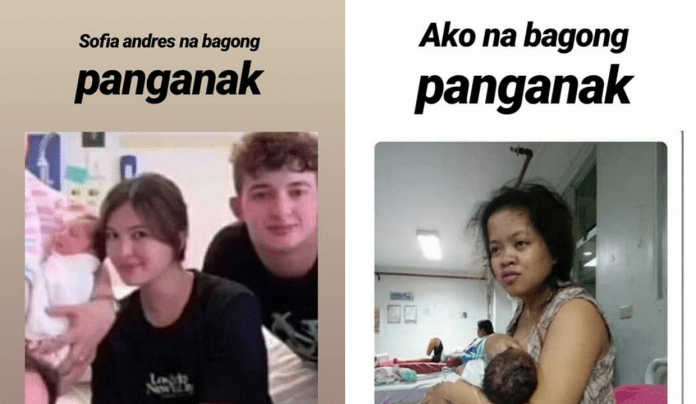 A netizen went viral after sharing a hilarious post comparing her “bagong panganak” look with that of actress Sofia Andres.

Angela Apuli Granadillos uploaded on Facebook a photo of herself when she gave birth to her daughter, side by side with Sofia’s pic post-childbirth, and called it “unfair”.

Her post brought laughter and good vibes to the online community.

The Kapamilya actress took notice of the viral photo and shared it via an Instagram story.

Sofia recently made a buzz after revealing on Father’s Day that she is already a mom.

Her daughter Zoe Natalia has been stealing hearts since she was introduced to the public.

Sofia Andres pens the sweetest message for her baby girl...