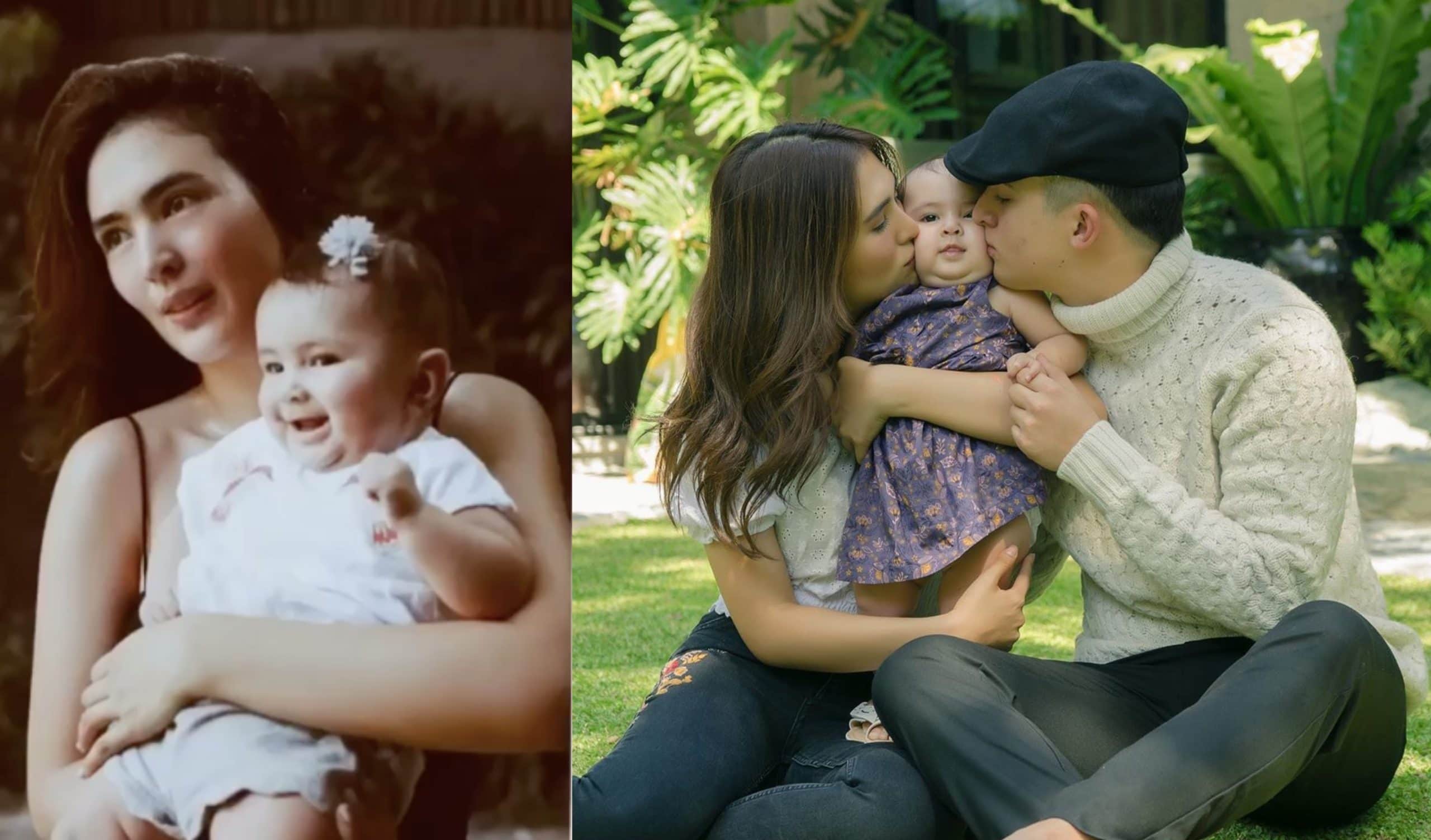 On Father’s Day, actress Sofia Andres revealed that she is already a mom!

In a lengthy Instagram post on Sunday, Sofia honored the two most important men in her life — her dad who is her first love, and racer-boyfriend Daniel Miranda, her greatest love, “who loves me for who I am and now my little bundle of joy.”

The 21-year-old, who’s on leave from showbiz but had never explained her absence, finally addressed rumors she gave birth in Australia with a “family photo” that showed the young couple kissing their baby girl named Zoey.

She also described her “little angel” as her “source of strength during these trying times.”

Sofia wrote, “Being at home during the ECQ really made me feel real love from home as I was able to cherish the little things I can do and enjoy here, of course, like the DIY shoots. But on another end, ang dami ring na-cancel na plans and celebrations that had to be simply at home to be safe.

“And since today is a special day for the fathers, I just want to take the chance to celebrate my first love, my dad who has been with me through ups and downs. Thank you Daddy for the generosity and the love.

“I also want to celebrate my greatest love, Daniel. I’m so grateful that I have you by my side because you have brought so much color and adventure into my world. Not only that, you also been part in giving me my greatest happiness — our little angel.

“Right now I really feel complete, because I have my dad who always has my back, my love who loves me for who I am and now my little bundle of joy, whom I will love unconditionally and who will be my source of strength during these trying times.
Shout out to all the fathers in the world, Happy Father’s Day! #lovefromhome.”

Sofia also shared more posts that offered an intimate look into into her four-year relationship with Daniel. She said it “has gone through a lot” and she expects it will become more challenging now that they’re parents.

“Daniel has been there every step of the way, every travels, night cravings, gatherings, and I’ll be there, too, in his train rides and his classes. And when I’m stressed out, he’d wake up in the middle of the night to massage me, to comfort me, it’s his way of telling me that, ‘we are in this together’,” she said in a video post.

In the video, Sofia gave special mention to several people, including their respective mothers, who looked after and helped her in her “pregnancy journey” last year in Sydney, Australia.

She also thanked those who kept the baby news, which has shocked fans, under wraps.

“My pregnancy would not be memorable and happy if not for these people,” she said.

“Now that I am mom, this has changed something in me,” she added.

Meanwhile, the Cebuano international car racer also took to Instagram to share a video of him carrying her daughter.