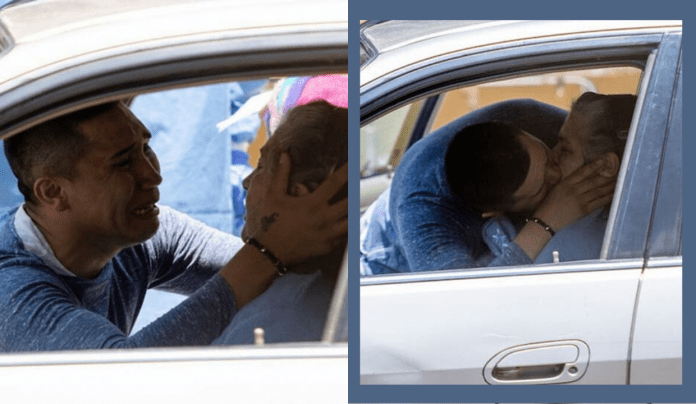 A series of photos that showed a grandson risking his life as he desperately tried to resuscitate his dying grandmother in Mexico had left netizens heartbroken.

According to the Argentinian newspaper La Nacion, the heartbreaking photos were captured by photographer Moisés Pablo of the Mexican news agency Cuartoscuro last June 8 outside a hospital in Mexico City.

La Nacion further reported that the man, who appeared to be in his 30s, brought his grandma to the hospital after she had trouble breathing.

The elderly lady was just awaiting medical attention in the car when the grandson noticed that her condition was turning for the worse.

The man then reportedly tried to save her with mouth-to-mouth breathing but to no avail.

A few moments later, the medical staff came rushing in only to find out that the elderly person already had no vital signs of life and was pronounced dead.

Next photos showed the man breaking down in tears after hearing the tragic news. Another person was also seen crying over the old woman’s lifeless body.

Doctors reportedly confirmed later on that the man’s grandmother died of COVID-19, saying she initially showed no symptoms and when she did, it was already too late.