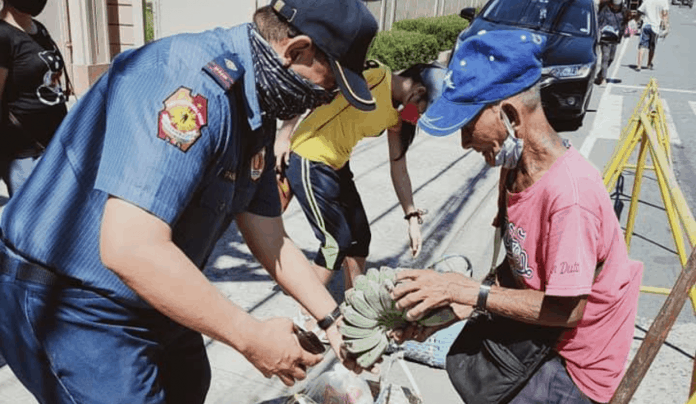 This policeman earned praises online for his simple but kind gesture of buying all the bananas a hardworking elderly street vendor was selling.

Police Lieutenant Jojo Paguia in a Facebook post wrote about his encounter with the old man who has been making rounds in barangays just to earn a living.

For the sake of easing the vendor’s load, Paguia said he offered to buy the bananas he was selling.

Paguia handed a 500 peso bill to the old vendor and gave him rice and noodles.

Paguia also shared that there were times when the old man would pass out while working.

Paguia’s photos were shared on the Facebook page Pilipinas Trending Viral and has since gone viral with over 160,000 reactions and 90,000 shares.

It turns out that Paguia has been extending help in his own little way to people he encounters on the streets by giving them relief goods.