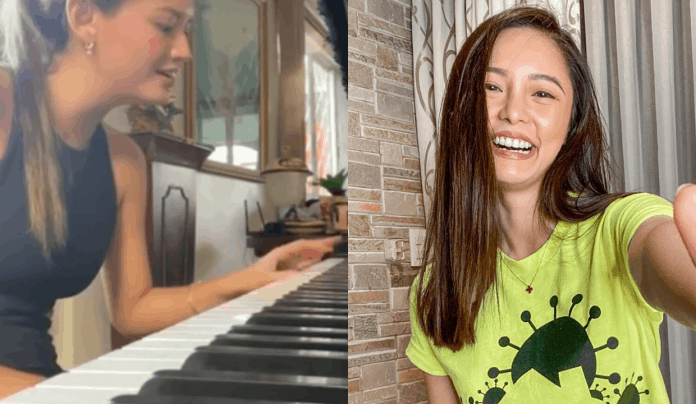 Ellen Adarna showed support for Kim Chiu’s accidental hit Bawal Lumabas with her own acoustic version of the song.

In her recent Instagram post, Ellen shared a video of her playing the piano while singing Kim’s viral song which she called the general community quarantine theme song.

Ellen also said that Kim’s newest single “brings so much positivity and laughter in my household,” adding that it is the “best quarantine soundtrack.”

The actress earlier praised her fellow Cebuana’s “mindset of a true champion” after rising up from the harsh criticism online following her classroom analogy that caused confusion among netizens last month.

Meanwhile, Kim Chiu’s latest performance of Bawal Lumabas on Wish 107.5 Bus is currently at the second spot on YouTube’s trending list with over seven million views since its release on June 5.