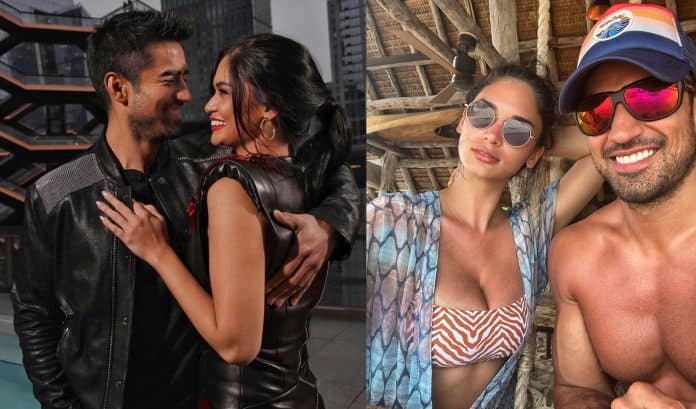 On Sunday, the CEO and founder of the creative technology agency Beautiful Destinations shared a snap from one of their dates overseas.

He wrote: “Sundays before lockdown…. you made me a playlist, I gave you my shades, we had breakfast for 6 hours @piawurtzbach ??.”

Pia and Jeremy officially confirmed their relationship through luxury magazine Tatler Philippines last June 1. During a livestream interview — their first as a couple — for the magazine on June 5, the couple recalled that they met via a chance encounter at Covent Garden in London where the Scottish entrepreneur used to live and where the beauty queen’s family resides.

The now New York-based Jeremy, who is also Asia Tatler’s travel editor-at-large, approached Pia because he’s been to the Philippines a few times and “we knew some people in similar circles.”

They would meet abroad a few times more after that and it was on a trip to Hong Kong when he realized that he would definitely like to be with Pia.

“There was no fancy dinner. There were no shows or anything you would do in your early dating life. I remember sitting down in a little park and we had all these school kids running around us, making noise, and the birds and the trees,” he said during the virtual interview.

In the Tatler Philippines interview, Jeremy revealed that since Pia just got out of a long-term relationship, she wasn’t looking for a new man in her life. In fact, she asked for a courtship period.

“It was a chance to show that I was serious about her and I wanted to be a gentleman about it which was very important to me. Imagine, we first met in London, then Hong Kong, then Indonesia and then New York — talk about unconventional. I don’t think either of us would have made the investment if we didn’t think early on that it was worth it,” Jeremy said.

Despite keeping their relationship private, the two had fans speculating with sightings and their Instagram posts with similar backgrounds.

Pia would eventually hint at having a new special someone in a magazine interview last March.

“I’m happy, I’m inspired, I feel very empowered. I feel like I can be myself and I don’t have to water myself down. I can be my full self,” she said.