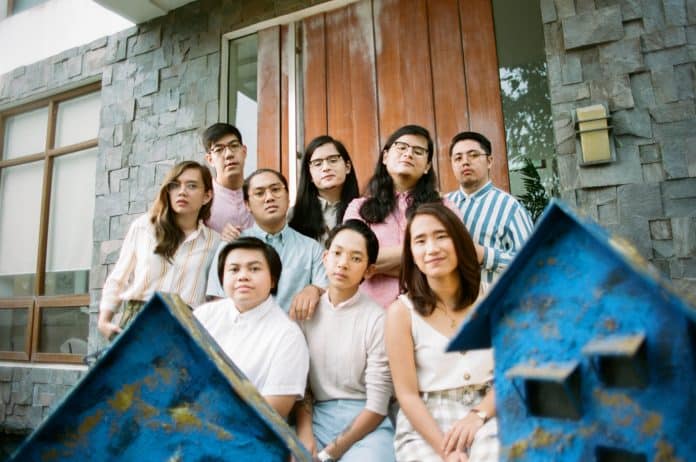 Ben&Ben is dropping a brand-new single created during this quarantine period on Thursday, June 4, via Sony Music. Titled Lifetime, the song is directly inspired by a fan’s heartbreaking confession in the comments section of the band’s YouTube channel.

In a media statement, the band said the intricately produced, folk-pop ballad was written as a response to a fan’s comment on the video for their hit song Pagtingin, which to date has over a 100 million streams on YouTube and Spotify combined.

The fan, who goes by the name of “Anne Jou,” shared her story of regret for not being able to express her feelings for her bestfriend, scared that she was of losing their friendship.

She wrote: “Instead of telling him what I actually felt, I hid and buried my feelings. And you know what happens to feelings that are buried? They grow. The like I felt for him became love. I wrote poems, songs.

“After 8 years, I attended his wedding (last) January. And guess what? The world is really overly-cruel. Before his wedding, he thanked me for being his best friend and told me that before he met the girl he got married to, he loved me first. For 5 years. But he was also scared of losing me so he just decided to keep it.

“I was shocked and I slightly had anger towards the world. We didn’t know that if only one of us dared to make a move, a lifetime was waiting for us. So people, while you can, please express how you really feel so that in the end you won’t regret anything.”

Ben&Ben decided to make song on this raw confession despite the technical limitations and challenges in recording during this pandemic.

They finished the song in their respective homes with just their instruments and a studio software.

The result is Lifetime. It’s an emotionally charged song that asks the question: “What could have happened if we only mustered the courage to admit our feelings to the person we’re pining for, regardless of the outcome?”

Lifetime was mixed by veteran sound engineer JP Verona, and mastered by Grammy Award-winning Leon Zervos (Pink, Rihanna, Maroon 5, Beastie Boys, and Willie Nelson). It was written by Miguel Benjamin and Paolo Benjamin, and recorded and produced by Ben&Ben.

Making the song is one of the things that has been keeping themselves productive and creative this quarantine. They’ve also set up a COVID-19 donation site (www.puhon.ph).

Miguel said in an interview with The STAR, “We’ve been trying to keep ourselves going with the momentum. We’ve started with the online shows but I think right now, yung top priority pa rin namin, of course, is to do whatever we can to help our frontliners and those who are in need during these times.”

“And of course, pati yung mga tao sa bahay. Pag sila ay nagkakaroon ng anxiety or nababagot or whatever, in one way or another, we try to give them comfort through our music. That’s why keep on doing the online shows and the content that we released,” he added.

Lifetime will be released on all digital platforms worldwide on June 4 (12 midnight, Thursday).