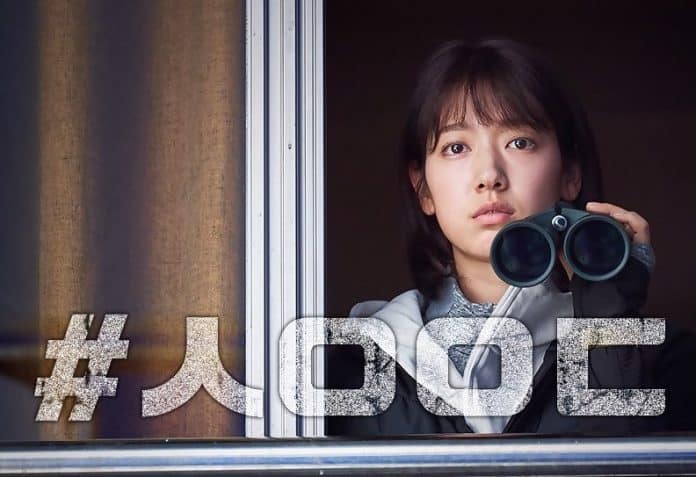 Hear ye! Hear ye! Fans of Park Shin Hye, did you miss the K-drama star? Here’s something to look forward to from the Korean star, who will topbill the upcoming zombie thriller film titled #Alive.

Expected to be released sometime in June, #Alive promises to give us the creeps just like Korean zombie content such as the movie Train to Busan and the Netflix series Kingdom. Check out its official posters unveiled this week by film distributor Lotte Entertainment.

Alive is a survival thriller about a mysterious outbreak that suddenly spreads throughout Seoul and grows out of control, trapping survivors alone inside their apartments without access to cellular data, Wi-Fi, texting or phone calls. Park Shin Hye and co-star Yoo Ah In (Descendants of the Sun) portray Yoo Bin and Joon Woo, respectively — two survivors isolated in the middle of a dangerous city.

The film, directed by Cho Il-hyung, is adapted from the screenplay of Hollywood screenwriter Matt Naylor with title #Alone.

Like other South Korean stars, she has a big fan base in the Philippines and visited the country to personally meet her fans in 2013 and 2017. She also endorses a Filipino clothing brand.

The 30-year-old most sought-after actress, singer and model is also a well-known philanthropist who has a soft spot for children. In fact, she not only founded the charitable institution Shinhye Center based in Africa and the Philippines, she has also sponsored an African child named Abanne.

The actress rose to fame and was recognized for her roles in the TV dramas Stairway to Heaven, Tree of Heaven,You’re Beautiful, The Heirs, Pinocchio, Doctors and Memories of the Alhambra, among others, and in the movie Miracle in Cell No. 7.

Incidentally, the Pinoy adaptation of Stairway to Heaven which was aired on GMA 7 in 2009 is re-aired on the same network weekday afternoons starting May 18.