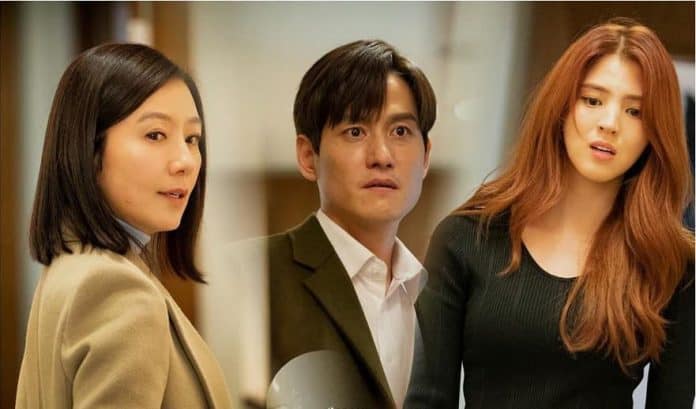 Did you love the ending?

The widely-popular South Korean drama The World of The Married ended on May 16 as the highest-rated series in Korean cable TV history. For its finale, the K-drama broke its own record with the highest viewership rating of 28.37 percent after beating the preceding episode’s 24.44 percent.

According to Nielsen Korea, World of The Married dethroned the former No. 1 cable drama Sky Castle‘s 23.78 percent viewership rating.

The World of the Married, which stars Kim Hee-ae, Park Hae-joon and Han So-hee, follows the life of doctor and dedicated wife Ji Sun-Woo (played by Kim Hee-Ae) whose marriage turned sour after her husband Lee Tae-Oh (Park Hae-Joon) cheated on her by having an affair with the young and rich Yeo Da-kyung (Han So-hee).

Sun-Woo thought everything was perfect around her until she discovered one day that she was betrayed by her husband as well as her friends. She then sets out to take revenge against him and his mistress.

Aside from its impressive cast, the 16-episode series has succeeded to captivate viewers because of its narrative replete with intrigues and shocking twists episode after episode.

In her latest Instagram post, Kim Hee-Ae expressed her gratitude to all who supported their show (as roughly translated): “It was a beautiful moment to be together, and the support of many people have been (comforting) to me. I would like to thank you (with) all my heart.”

She was also quoted in an online article on Korean entertainment website Soompi.com that working in The World of the Married is an experience that will “remain in her memory for a long time.”

Han So-hee also thanked viewers who followed the show. “Thank you for loving (The World of the Married). I was able to finish the last time with the seniors and the director and the precious viewers who were together until the end,” she said in an Instagram post.

“I will be an actor who will grow more and more and (has the belief) to be not ashamed of the interest and love you gave me. Thanks to all the viewers, it was a lot of fun! I won’t forget the times when (we) cried and laughed together,” she added.

Directed by Mo Wan-Il and written by Joo Hyun, The World of the Married is based on the popular BBC drama Doctor Foster.

The World of the Married is exclusively streamed via Viu, a Hong Kong-based streaming platform accessible in 17 countries in Asia including Singapore, the Philippines, Indonesia and Thailand.

Ang Probinsyano, The World of the Married to air on...