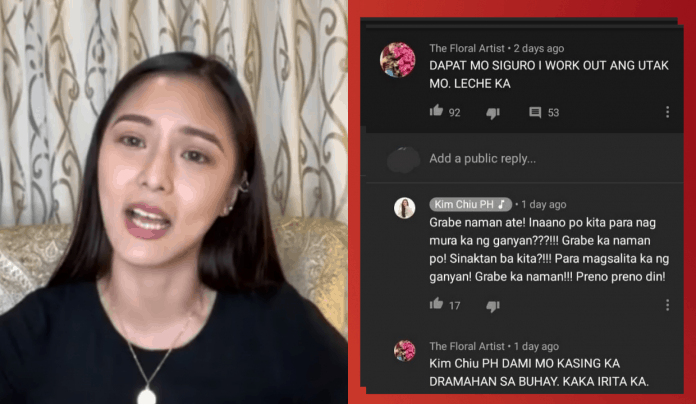 ‘Preno-preno din!’: Kim Chiu hits back at bashers for ‘being so mean’

Kim Chiu took a jab at bashers who still haven’t gotten over her controversial “classroom analogy” in a Facebook live session last Friday to protest the ABS-CBN shutdown.

Even after Kim apologized for her confusing remark, netizens continue to poke fun at the actress with memes, “classroom” quote related keywords on Twitter’s trending topics and “bawal lumabas remix” widely circulating online.

The actress also did not escape nonstop bashing on her YouTube channel as netizens left negative comments on her latest vlog about her workout routine.

Seemingly having had enough of the harsh comments, Kim did not hold back and responded strongly to some of them.

Kim told a commenter who advised her to give her mind a workout to watch her words.

The actress also hit back at a commenter who wished for her to contract COVID-19.

‘This people are being so mean, grabe lang’
Kim also expressed disappointment at how people could be “this mean”.

Meanwhile, the actress also acknowledged her fans who left messages of support and love.