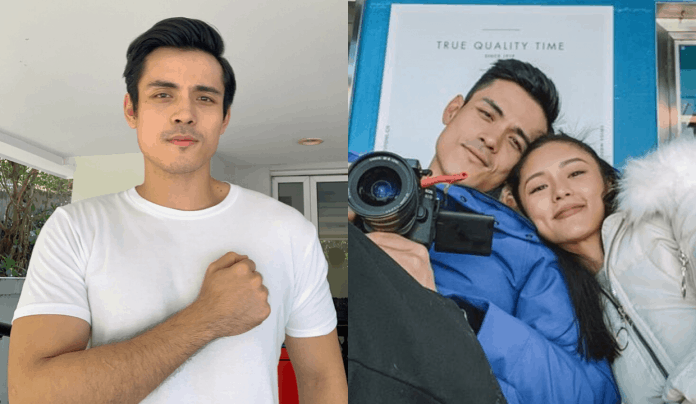 Xian Lim came to the defense of girlfriend Kim Chiu after the actress faced criticism following her viral “classroom” statement on the ABS-CBN shutdown.

On May 5, Kim’s home network was ordered by the National Telecommunications Commission to stop its radio and TV broadcasts one day after its 25-year congressional franchise expired.

In response, Kapamilya stars came together to protest the move in a Facebook Live event, where Kim attempted to express her thoughts but caused confusion instead among netizens after comparing the NTC cease and desist order to classroom rules.

“Kim does not deserve to be singled out and get all the hate she is getting from people on the internet,” Xian spoke up on the issue in an Instagram post on Tuesday.

“She is a smart, empathetic person who deeply cares for all the people around her. She cares so much that it scares me.  We are not perfect. No one is. We have our share of mishaps that shake us down to the ground but we learn and we rise back up again. My love and support goes out to Kim for being a wonderful human being,” he added.

Xian also took note of the other celebrities who “received numerous amounts of hate” after airing their sentiments against the shutdown of the media giant.

“Let me say this. It takes a whole lot of guts to face millions of people and fight for what you truly believe in. Most people won’t even have that opportunity in their lifetime,” Xian wrote.

The Kapamilya actor also shared his two cents on the current health crisis and the ABS-CBN franchise issue.

“We hit the 11K+ mark of positive cases in our country. People are STILL getting sick and dying all over the world. 5th of May, ABS-CBN went dark under the orders of the government.”

“Amidst the pandemic, people are throwing hurtful words back and forth hoping that an issue will be resolved through insults, rage, hate, fake news etc.,” Xian further said, sharing his “observation on what society has become.”

“With all the second hand information going around, it turned us all into critics and so-called experts. No need to say much about that.”

Xian also pleaded with everyone to help each other instead of bringing each other down during these times.

He ended, “We have little time in our hands. It’s really a matter of asking yourself how well you want to be remembered when your time is up.”