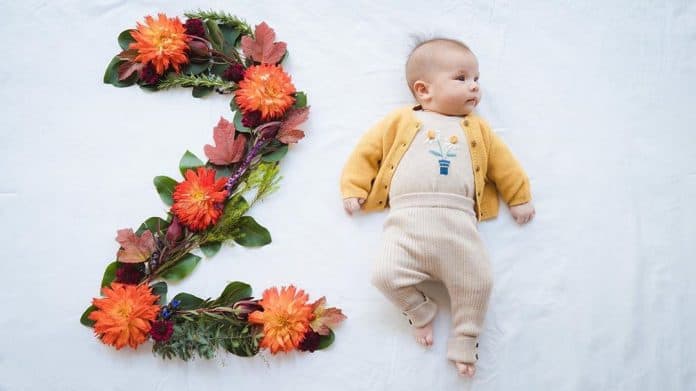 Similar to what they did when their baby girl turned one month old, Anne showed off her “little autumn baby” together with a floral arrangement of the number “2” in an Instagram post Sunday.

“Yesterday, was 2 months of getting to cuddle and kiss this sweet, sweet little girl.
It’s insane how she’s growing so fast,” said the 35-year-old Kapamilya actress who’s been staying in Melbourne, Australia since a few months before giving birth.

“Cherishing her days of being this tiny ?. Love you so much our cheeky little possum, Dahlia Amélie ?,” she added.

Just like what they did in the past, the It’s Showtime host proudly shared that she was in charge of the art direction, set design and styling of their DIY shoot, while her husband, businessman-vlogger Erwann Heussaff, served as the official photographer.

Apart from marking the months with their daughter, they also previously flexed their creative skills by coming up with an Easter Bunny-themed shoot for Dahlia.

Nevertheless, this most recent photo gives a clearer look at their daughter, whose looks are “cute mixture of both genes” of parents, Instagram followers noted in the comments.

The celebrity couple officially became a family of three on March 2.