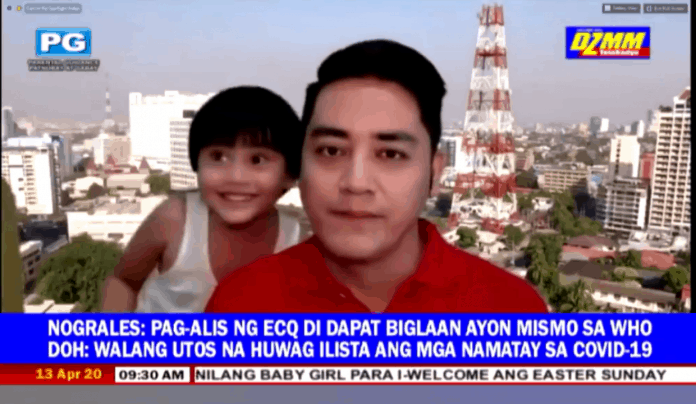 This little boy brought laughter to netizens when he barged in on his journalist father who was reporting from home.

A short clip of the cute TV blooper was shared by DJ Chacha on her social media accounts.

In the video, news anchor Ted Failon was asking DZMM Teleradyo reporter Johnson Manabat a few things about working from home when the latter’s son suddenly appeared behind him, and said hello and smiled at the camera.

Ted was surprised to see the kid and asked who he was.

The kid was then pulled away from the camera.

To recall, the BBC moment refers to a viral video of a South Korea-based professor’s children interrupting his live TV interview on BBC News.