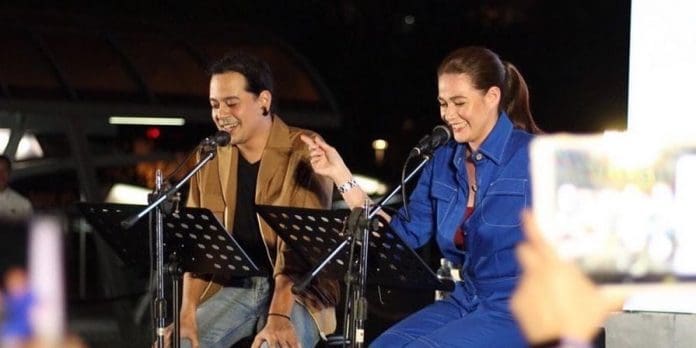 John Lloyd Cruz and Bea Alonzo are cooking up a virtual reunion via a “love story” in this time of COVID-19.

In separate Instagram posts, the former love team partners said they’re set to perform a work of fiction on Instagram this week.

“It is a love story and it is about these times,” they said.

“Any resemblance to persons, living or dead, is intentional,” their posts added.

Based on Alonzo’s post, the reunion project will involve TV/movie director Tonette Jadaone, who was also largely responsible for reuniting the tandem early this year for a Valentine’s Day project.

They did a live script reading of her 2014 independent film That Thing Called Tadhana at an open-air venue in Makati City.

The two last partnered in 2015 film A Second Chance, the sequel to One More Chance directed by Cathy Garcia-Molina.

Cruz then took a showbiz hiatus in 2017 to attend to “personal matters”. He is, however, making a big-screen comeback in the Lav Diaz film Servando Magdamag. Its release date has not been announced.