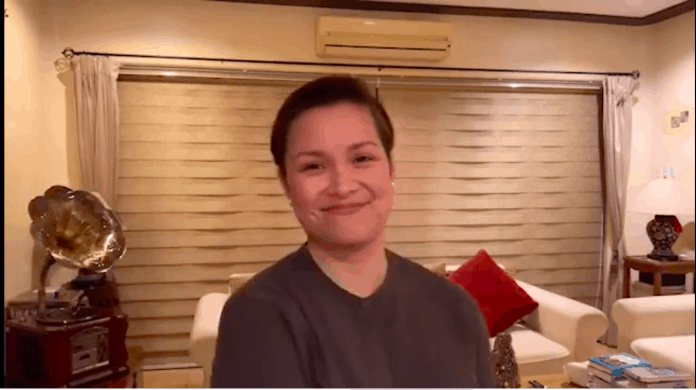 Donations amounting to P1.5 million poured into the Bayanihan Musikahan online fundraiser in just an hour during the “live concert from the house” of Broadway superstar Lea Salonga on Thursday night.

She began and ended her hour-long stint with songs composed by the project’s principal organizer, National Artist for Music Ryan Cayabyab.

Highlighting citizen action in the face of the COVID-19 pandemic, Lea formed part of a group of artists helping people through own contributions and exercise of talent via the online concert.

The amazing spike in donations added to the total amount of P22,373,178 already raised before Lea’s turn in the digital concert series. The Broadway Diva announced this figure during her performance, and asked for continued support from Filipinos on lockdown while watching from their homes in the Philippines and even overseas.

The additional support for the fundraising concert would enable the increased speed in the delivery of food packs to the marginalized communities in Metro Manila.

The Samahan ng Nagkakaisang Pamilya ng Pantawid (SNPP), a 70,000-strong urban poor organization, began distribution of the Bayanihan Musikahan food packs a few days after the launch of the marathon concert series. It has been increasing its pace and reach daily. Nearly 15,000 food packs have been provided to families in dense, inner city pockets.

Donations came in at an increasingly fast pace as the Lea concert proceeded. This sent a clear message that apart from the communal bonding brought about by watching a world-class singer, there was heightened awareness of the gravity of the threat of COVID-19 to communities living in poverty.

Livestreamed on Facebook, the marathon concert series is a partnership between the talents of the Philippine music industry and civil society organizations.

Philippine Business for Social Progress (PBSP) receives, accounts for and disburses the funds. The SNPP takes care of the distribution since it has a complete database of members.