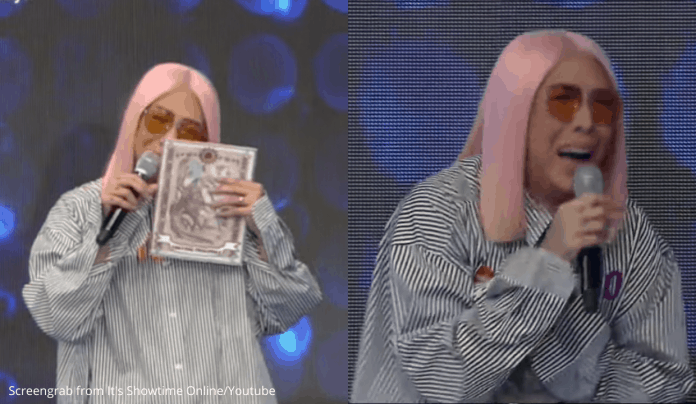 Vice Ganda felt emotional as It’s Showtime temporarily goes on a break amid the implementation of community quarantine in Metro Manila.

ABS-CBN previously temporarily postponed the staging of live entertainment shows and filming of teleseryes as the month-long “community quarantine” takes effect in the metro.

In the “Piling Lucky” segment of the noontime variety show aired on Saturday, Teddy Corpuz and other It’s Showtime hosts wondered why Vice Ganda was wearing house slippers.

“Kasi nga I will miss this studio because this is my house. Hindi ako aalis dito,” explained Vice Ganda.

He then admitted being emotional as the show is going to take a month-long break.

The comedian-host also expressed how he is going to miss everyone in the studio as they will not be seeing each other in the meantime.

He also called on for prayers as the country combats the coronavirus outbreak.