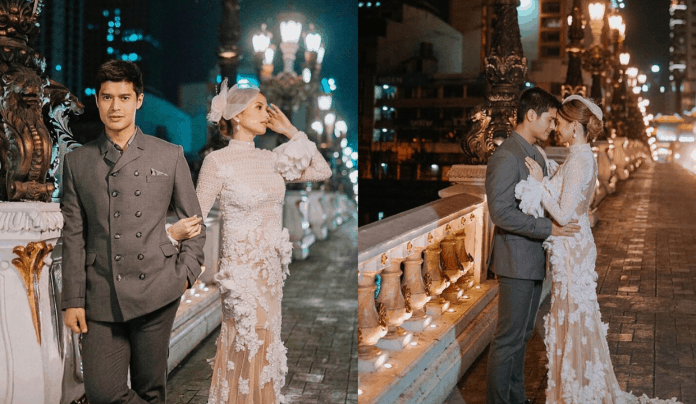 JC de Vera and non-showbiz fiancee Rikkah Cruz had their prenup shoot which captured the beauty of the newly-rehabilitated Jones Bridge in Binondo, Manila at night.

In the “sneak peek” photos shared by the Kapamilya actor  on his Instagram, the couple can be seen strolling and posing along the bridge’s ornately designed lamp posts.

Styled by Cath Sobrevega, JC wore an Edwin Tan suit, while Rikkah was clad in a Francis Libiran gown.

In a Tonight With Boy Abunda interview last December 2019, JC talked about his proposal to his girlfriend in Siargao back in 2018.

He also revealed that he wants to be “married” to their one-year-old daughter Lana whom he called as his “little bride” in their upcoming wedding this year.