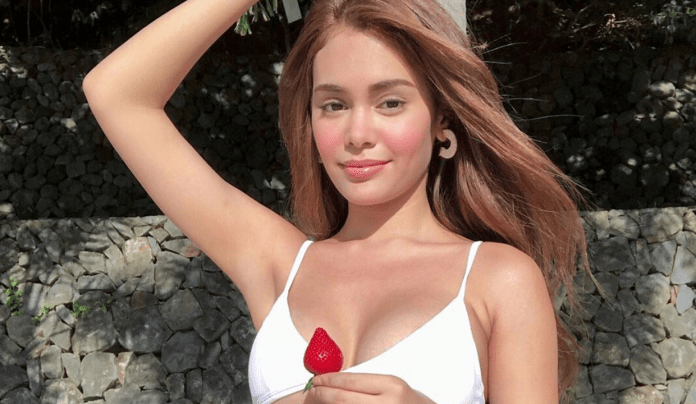 Ivana Alawi has a huge crush on this Kapamilya actor

Sexy actress Ivana Alawi has revealed that she has a huge crush on this Kapamilya actor for a long time already.

The Youtube sensation confessed that she likes Primetime King Coco Martin, and also wants to be paired with him someday.

She had earlier played the role of Madonna — the girlfriend of the late Eddie Garcia’s character Gustavo in the long-running TV series FPJ’s Ang Probinsyano.

She is set to star in the upcoming teleserye Ligaya opposite Kit Thompson whom he had previously worked with in primetime teleserye Sino Ang Maysala? Mea Culpa in 2019.

The actress said that she didn’t think twice on accepting the offer in the first-ever teleserye that she will soon topbill in.

“When it was given to me, I think, more of my character and more of me. Parang they want to base it on who I am. You’ll see my real self, makikita n’yo kung sino si Ivana. Very Ivana, kung ano ang nakikita n’yo sa mga videos ko, it’s going to be very similar,” she shared.

Aside from the TV series she is also set to have a project with Star Music at Star Cinema.

The 23-year-old actress celebrity also disclosed that she will still continue to do vlogs even though she has a lineup of projects.