KathNiel to star in upcoming film After Forever 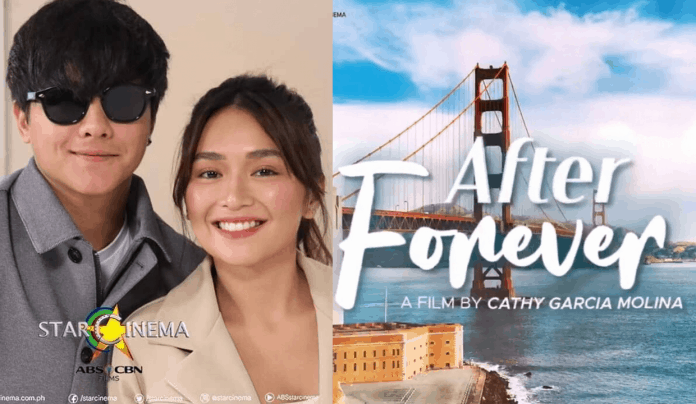 Kathryn Bernardo and Daniel Padilla will soon make their big-screen comeback via the upcoming film After Forever.

KathNiel will reunite with The Hows of Us director Cathy Garcia-Molina and writer Carmi Raymundo in the Star Cinema movie to be released mid-2020.

Star Magic also shared a teaser photo of “one of ABS-CBN’s biggest projects for 2020”.

Writer Carmi Raymundo hinted at what the film is about.

“We carry on! On to a new Filipino story to tell, in the service of our people worldwide. ???♥️,” she wrote.

KathNiel’s last film together was the blockbuster hit The Hows Of Us in 2018.

After Forever is the much-anticipated comeback film of the popular loveteam one year after the two decided to focus on solo careers projects in 2019.