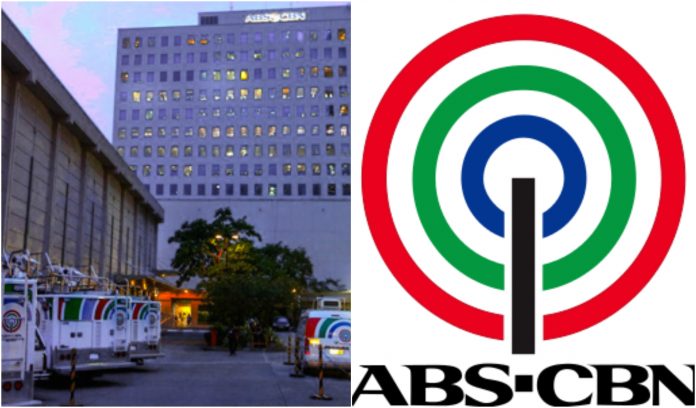 Kapamilya stars are stepping forward to show support for their mother network after the Office of the Solicitor General (OSG) asked the Supreme Court (SC) to revoke ABS-CBN’s congressional franchise through quo warranto on Monday.

The petition was filed just as the company’s franchise granted by Congress is due to expire on March 30. Bills seeking to grant the network a 25-year extension of its franchise are still pending.

“We want to put an end to what we discovered to be highly abusive practices of ABS-CBN benefitting a greedy few at the expense of millions of its loyal subscribers. These practices have gone unnoticed or were disregarded for years,”  Solicitor General Jose Calida said in a statement.

ABS-CBN, for its part, maintained that it did not violate the law, calling the SolGen’s move as “ill-timed” and “without merit”.

“The Office of the Solicitor General’s filing of a quo warranto case against ABS-CBN on alleged violations of its franchise appears to be an effort to shut down ABS-CBN to the serious prejudice of millions of Filipinos who rely on the network for news, entertainment and public service,” the media giant also said in a statement.

The move of the OSG has prompted some of the network’s biggest stars to speak up on the franchise renewal, saying the issue is personal to them.

“Dati kapag tinatatanong ako ng Nanay, ‘Kapag nawala ang ABS-CBN, ano’ng gagawin mo? She was so worried. I know, Nanay, that you’re an Angel up there. I just wanted to tell you na wala pong masamang ginawa ang ABS-CBN. Ilalaban po natin ito ng maayos and we will continue to do what is right. You know that in your heart, Nanay.”

Angel Locsin also wrote on her Instagram: “Praying that the law shall be used to protect jobs, press freedom, justice and betterment of the Filipino people.”

Regine Velasquez, on the other hand, penned a lengthy Instagram post telling her followers to imagine what will happen to the network’s shows and artists in the event of a shutdown.

She further cited as examples the likes of Sarah Geronimo and Vice Ganda who will no longer be able to provide entertainment through the shows, or that the love teams like KathNiel, LizQuen at Mayward can no longer be watched for “free” if the franchise is forfeited.

She also told followers that like other employees, she is bothered by the issue because their livelihood depends on the network. “Siguro maliit na bagay ito para sayo, pero sa amin personal ito.”

Other stars like Bea Alonzo, Gerald Anderson, Kim Chiu, Ogie Alcasid, JM De Guzman, among others, have also signified their support by posting the ABS-CBN logo in black in their social media accounts.

Meanwhile, Malacañang spokesperson Salvador Panelo was quoted in a Philippine Star report saying that President Duterte has nothing to do with the quo warranto petition. The president has previously threatened he will block the franchise renewal, accusing the broadcasting giant of biased reporting and “swindling” for not airing his paid campaign commercial during the national elections in 2016.

Panelo further advised the ABS-CBN stars calling for the renewal of ABS-CBN’s franchise to forward their concerns to Congress, the Philippine Star also reported. “They should ask Congress to renew the license. The President had nothing to do with that. Second, it’s the court that will decide (on the petition), not him… But I can understand the feelings of people in (ABS-CBN).”

In a press statement, among the issues leveled against the broadcasting giant by the OSG is that it “has been broadcasting for a fee,” which is beyond the scope of its legislative franchise and  “an abuse (of) the privilege granted by the State when it launched and operated a pay-per-view channel in ABS-CBN TV Plus, the KBO Channel, without prior approval or permit from the National Telecommunications Commission.”

The OSG also claimed that the network issued Philippine Deposit Receipts (PDR) through ABS-CBN Holdings Corporation to foreigners, which is a violation of Article 16, Section 11 of the 1987 Constitution that provides ownership and management of mass media should be limited to Filipinos.

It also said that the network’s subsidiary, ABS-CBN Convergence (formerly Multi-Media Telepony, Inc.), “resorted to an ingenious corporate laying scheme in order to transfer its franchise without the necessary congressional approval.”

“It failed to publicly offer any of its outstanding capital stock to any securities exchange within the Philippines within five years from the start of its operations, which is an indispensable condition in its franchise.”

ABS-CBN: ‘We did not violate the law’

In response, the network slammed the allegations cited by the Office of the Solicitor General in his press statement as “ill-timed” and “without merit”.

ABS-CBN insisted that it has complied with “all pertinent laws governing its franchise and has secured all necessary government and regulatory approvals for its business operations.”

“(1) All our broadcast offerings, including KBO, have received the necessary government and regulatory approvals and are not prohibited by our franchise. (2) ABS-CBN Holdings’ Philippine Deposit Receipts or PDRs were evaluated and approved by the Securities and Exchange Commission and the Philippine Stock Exchange prior to its public offering. These are the same instruments used by other broadcast companies to raise capital for the improvement of services. (3) The ownership of ABS-CBN in ABS-CBN Convergence was undertaken under the same law and structures that have been utilized by other telecommunications companies. These are transfers that are approved under the Public Telecommunications Policy Act and are fully compliant with law,” the statement said.

“We did not violate the law. This case appears to be an attempt to deprive Filipinos of the services of ABS-CBN,” the network reiterated.