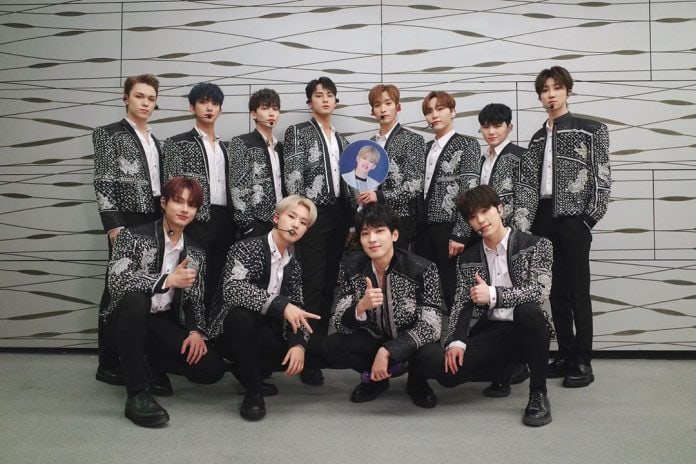 A news reporter of GMA Network apologized to the fans of Seventeen after she was caught on video saying she wouldn’t cover the popular K-pop group if she had a choice.

In a video shared on Twitter by a fan, veteran journalist Marisol Abdurahman was trying to get close to the members and score a soundbite from them during their arrival in Manila Friday for a concert, but was blocked by airport security.

Fans took offense with her comment, tagged @gmanews with their complaints and made the hashtag #ApologizetoSeventeenGMA trend on Friday.

“Is this how our journalists cover and actually international guests arriving in our country? by actually saying ‘kung ako nga lang, ayoko icover yan?’ with pure disgust? excuse me?” one fan wrote.

“Seventeen came here to the Philippines despite of the nCoV cases to make the Carats happy. Not to be disrespected. #ApologizetoSeventeenGMA,” another fan tweeted.

Abdurahman has since said sorry to the group’s fans, who call themselves Carats, in a statement carried by GMA News’ official Twitter account.

She said, “I wish to extend my sincerest apologies to all the fans of the K-pop group Seventeen.

“In my desire to get close to the group for an interview knowing how Filipino fans love them, I had a bad encounter with the airport security personnel who pushed me hard and covered our camera lens several times.

“In my frustration, I uttered words I should have not said. I regret saying them as they do not reflect my true sentiments.

“I can only imagine how upset the fans must have been for the careless words I uttered. Please know that I have no intention of hurting them.

“While my words are definitely uncalled for, they do not define my true character as a journalist built over the years.

“Again, I am extending my sincerest apologies to the fans and I wish Seventeen a successful concert.”

Abdurahman is a hard news reporter who has covered natural disasters, insurgencies as well as the Malacañang based on her Instagram account.

Her coverage on Seventeen was part of a 24 Oras report on international acts who decided to push through with their Philippine shows this weekend amid heightened concerns over the novel coronavirus (2019-nCoV).

Several foreign artists like K-pop band Exo, Netflix’s To All The Boys stars Noah Centineo and Lana Condor, and best-selling author Mitch Albom had earlier cancelled or postposed fan meets scheduled this month in Metro Manila due to the nCoV scare.

Seventeen arrived Friday for a concert this Saturday at the Mall of Asia Arena, which forms part of their ongoing Ode To You world tour.