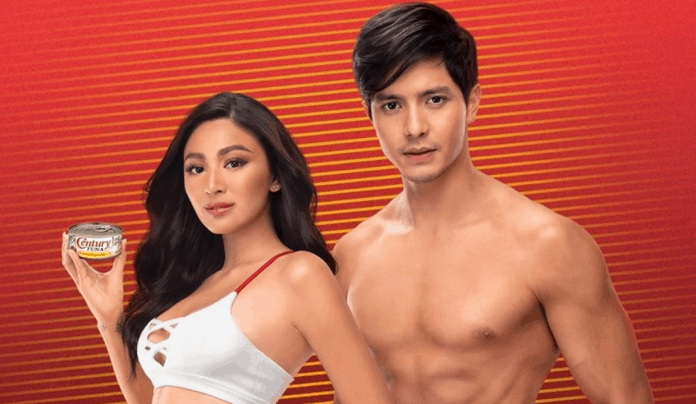 Nadine Lustre and Alden Richards are paired up as the newest faces of Century Tuna Superbods.

In its Facebook page, Century Tuna Superbods finally revealed and welcomed the new faces and bodies to the Century Tuna family.

“You guessed it right! Nadine and Alden are the new faces of #CenturyTunaSuperbods2020!”

Century Tuna earlier played a guessing game posting a silhouette of the latest tandem on their social media accounts.

Alden continued to tease his fans with photos of him flexing his well-toned abs.

Fans of Alden and Nadine rejoiced, making their idols trend and even labeled their tandem as AlDine.

ICYDK, Alden and Nadine have already teamed up in a commercial nine years ago.

Alden Richards to celebrate 10 years in showbiz with ‘virtual...