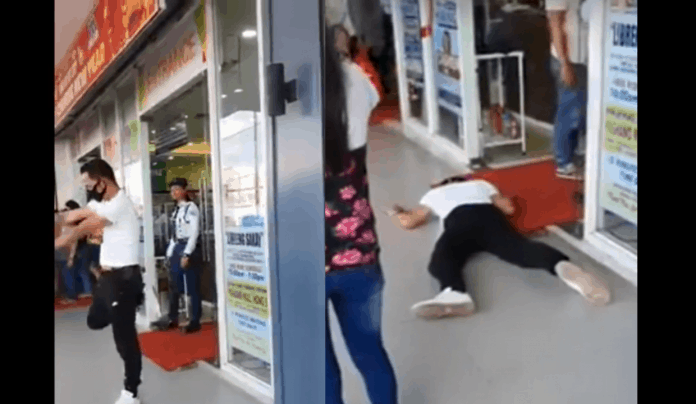 A vlogger was arrested for pretending to be infected with the novel coronavirus by lying down at a mall entrance in Legazpi City, Albay last Sunday amid heightened fears over the spread of nCoV in the country.

According to a Pilipino Star Ngayon report, the suspect was identified as Marlon de Vera, an active vlogger and a resident of Purok 2, Barangay Bigaa in the city.

Police narrated that de Vera, who was at that time wearing a face mask, acted as if he was a victim of the deadly virus and laid down at the entrance of Yashano mall, causing panic among mall-goers. De Vera then got up and did some exercise.

The fake scenario was recorded and uploaded by some netizens and has gone viral on social media.

De Vera later on issued a public apology through his Facebook page after receiving backlash for his prank.

In an ABS-CBN report, De Vera claimed, “Kasi dun po natin makikita how people react, kung matutulungan ka ba nila o hindi,” citing the incident of a Korean guy who was initially believed to be ill with the virus, but turned out to be just intoxicated.

After reaching a settlement with the management, Yashano mall decided not to press alarm and scandal charges against the Bicolano vlogger.