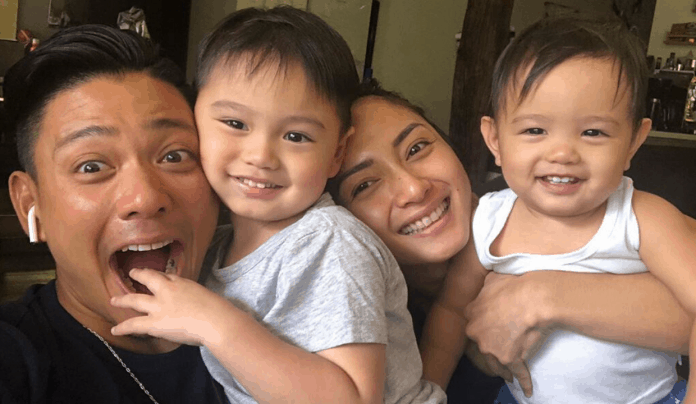 Another Arellano baby is coming through! Will it be a baby girl this time?

Iya made the surprise announcement via their latest vlog titled “SURPRISE! SURPRISE! NUMBER THREE!” on their YouTube channel Life with the Arellanos.

“It was supposed to be the usual opening of gifts on Christmas morning with the Villania Family in Australia but little did PAPADU know what surprise was in store for him! Best Christmas gift yet!” wrote Iya in the video’s description.

An astonished Drew repeatedly asked “Are you kidding me?” when Iya handed him a card with as sonogram and a note that read: “Love, Ready for baby #3? Merry Christmas!”

Drew and Iya’s mom became teary-eyed with her unexpected Christmas gift, while other family members shared the excitement with Iya’s pregnancy.

Iya requested Drew not to reveal the baby’s gender until she delivers for another big surprise.

The couple recently celebrated their sixth wedding anniversary. They were blessed with adorable sons Primo, 3 and Leon, 1 who are quite Instagram famous.