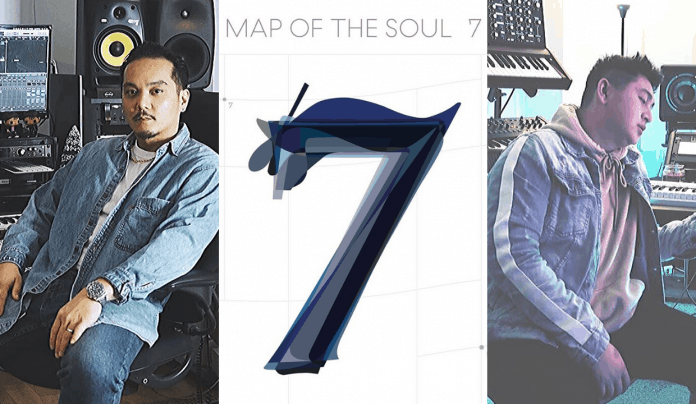 PH Army, here’s something to make you more proud of BTS’ new single!

The Kpop superstar group’s new track Black Swan from the highly-anticipated Map of the Soul album was actually co-written by two Filipino songwriters.

Minutes upon its release on Friday, BTS’ new track trended worldwide and topped iTunes charts in over 90 countries.

“NEW BTS SINGLE OUT NOW!! Co-wrote this one with my bro @augamatic … Available on all streaming platforms & the music video crazy!!” Nantes happily shared on his Instagram account.

The Filipino-Canadian Rigo, on the other hand, shared a fun fact from while working on the song.

“When I was working on this, Ruby was just born and I didn’t want to leave her to go to studio so I brought the studio to her,” said his Instagram post.

Based on his Instagram profile, it appears he has also co-written songs for other international artists like Justin Bieber, One Direction and Chris Brown.

BTS’ upcoming album Map of the Soul: 7 will be released on February 21.

The sensational boy group is also set to perform Black Swan for the first time on the American late-night talk show “The Late Late Show with James Corden” on January 28.