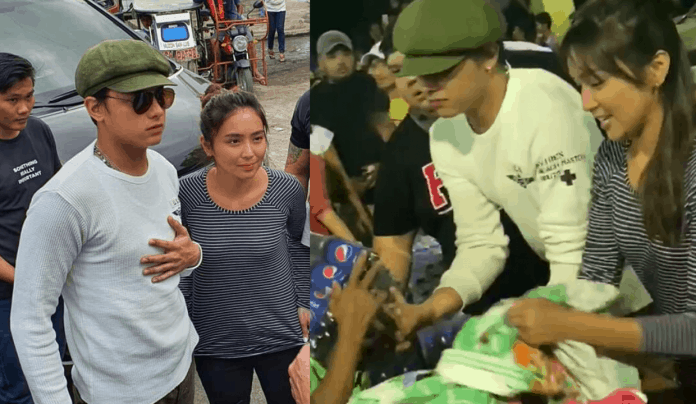 In a series of Instagram stories by Kathryn’s mother Min Bernardo on Thursday, the actress’ family members could be seen repacking goods for the Taal victims.

Daniel’s mom Karla Estrada, on the other hand, shared actual photos of the couple giving out their donations.

Several netizens also shared snaps of the loveteam and commended them for participating in the relief operations.

Grateful netizens also said that the mere presence of their idols in the affected areas brought them joy.

Some fans managed to have their photos taken with the famous couple.

The two Kapamilya stars recently renewed three-year contracts with their home network and will soon return to the screens with a teleserye this year.