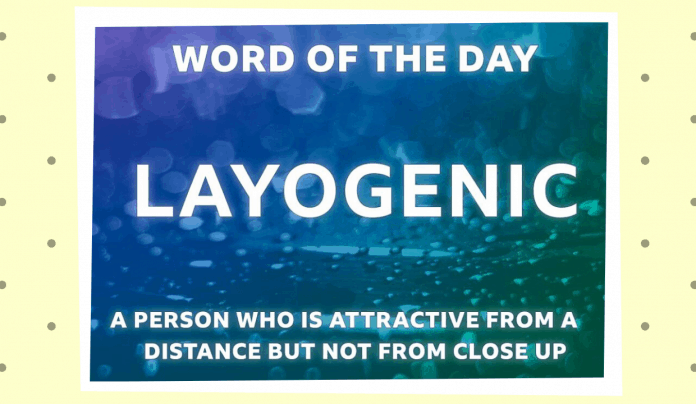 Have you used or heard of this word before?

For its Word of the Day on Tuesday, BBC Two put the spotlight on the Pinoy word.

BBC Two is the second flagship channel of British Broadcasting Corporation (BBC) in the UK.

Layogenic is described as “a person who is attractive from a distance but not from close up”.

In 2011, the word was also featured in the New-York based online magazine Mental Floss in the article titled “14 Wonderful Words With No English Equivalent”.

The term is considered equal to full-on Monet which urbandictionary.com referred to as “someone attractive from afar, but when you get close you see that said person is not as attractive as they appeared from a distance”.

BBC Two didn’t say where the word originated from, but the term seemed to have been invented by Pinoys — a play on the words “layo,” which means far, and photogenic, which applies to a person who looks good in photographs or films.

Another similar slang word commonly used by Pinoys is “talikodgenic” which means you’re only attractive from behind.

Do you consider yourself layogenic?