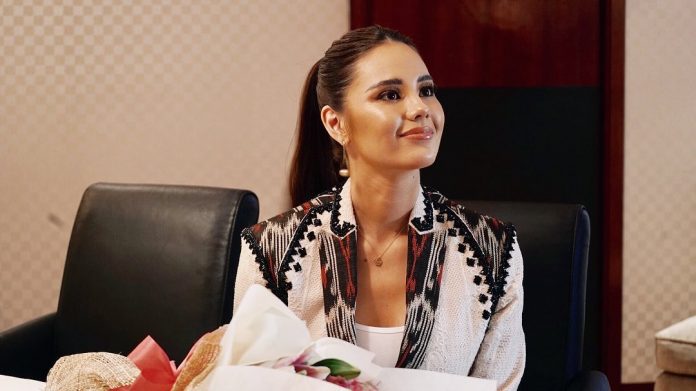 Starting on Monday, Miss Universe 2018 Catriona Gray will be seen as a co-host on ABS-CBN’s noontime show It’s Showtime.

Earlier, the show posted a teaser video on its Facebook hinting that viewers can expect the Fil-Aussie beauty queen on the variety program.

On Sunday, it released a video officially confirming Catriona joining It’s Showtime, along with the announcement of new segments including Mini Miss U: The Search for the Next ABS-CBN Child Superstar.

According to ABS-CBN showbiz reporter MJ Felipe, Catriona’s co-hosting stint will be for a limited engagement.

Nevertheless, Catriona’s presence will be a welcome addition to the show, especially now that two of its female main hosts Anne Curtis and Mariel Rodriguez are on a maternity leave.

On Sunday’s ASAP, the beauty queen had an advance birthday celebration (she turns 26 on January 6) wherein she performed her song, We’re In This Together, with the kids of Young Focus, the charity she been helping since 2016.

“Parang ito ang pinaka-memorable birthday ko kasi kasama kayong lahat, kasama ko ang Young Focus family ko, so maraming, maraming salamat,” she said after her song number. “It’s truly an honor to be in the position that I’m in and I always hope that I’ll give back to the community in anyway I can.”

She said that to have a charity to support “really changed my life” and her birthday wish is for others to be inspired to do the same.

“Being able to realize na ‘yung kapwa tao, they really need help. They really need an opportunity that so many of us have actually taken for granted. And we have a responsibility, each and every one of us, na dapat may compassion for each other, for our brothers and sisters, and so I really implore everyone.”

“You don’t need to be a beauty queen, you don’t need a title, you can make someone’s life better. And that’s my birthday wish sana that you will all inspired to do that this year.”

Prior to her stint on It’s Showtime and guest appearances on ASAP, the Cornerstone artist also signed a book deal with ABS-CBN Publishing after returning to the country with the end of her Miss U reign.