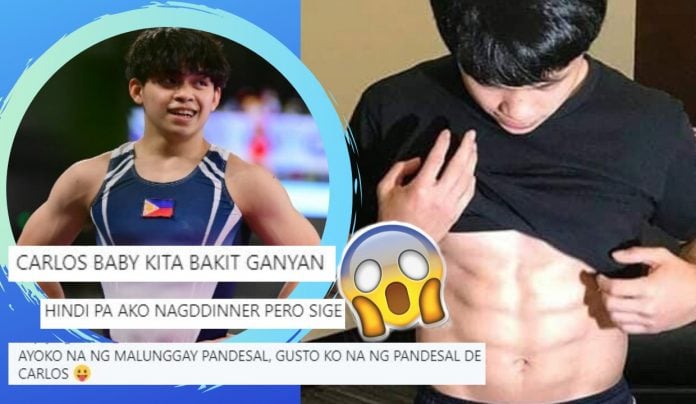 Filipino gymnast Carlos Yulo is not just winning big in the Southeast Asian Games but also in the hearts of the netizens. (We know you!)

The online community is going cray cray after the 19-year-old SEA Games gold medalist tweeted a photo of him showing off his six-pack abs on Tuesday with the caption: “Wag nyo kasi akong pinipilit hehe. ?✌”

The fans since then had feasted on the baby-faced athlete’s bod, and they have the best reactions ?.

Carlos recently clutched two gold medals at the SEA Games’ Men Gymnastics competition; one for the floor exercise event and the other for artistic gymnastics.

He is also scheduled to have another match at 4 pm today.

Meanwhile, Carlos had earlier asked his fans to report, unfollow and block dummy accounts that are surfacing and advised them to follow his real social media accounts.