‘In God’s will’: Manny Pacquiao on running for president in 2022 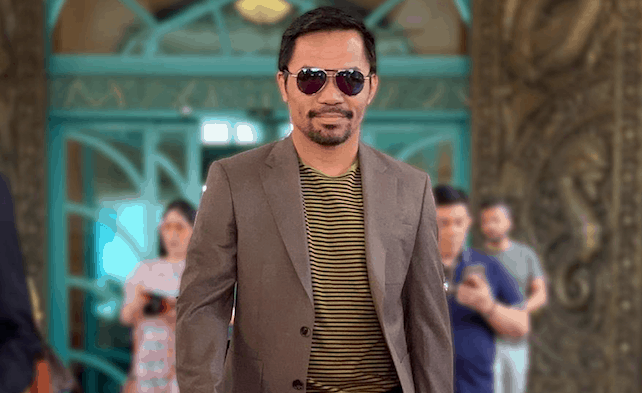 Senator Manny Pacquaio’s business manager Arnold Vegafria admitted many are encouraging the boxing champion to run for president in 2022 but according to him, Manny has not given the presidential seat a thought yet.

Aside from offers for the presidency, Arnold revealed the senator has many movie offers from different countries.

Last October, it was announced that Manny is set to star in a Hollywood war movie, Freedom Fighters.

He is also set to star in a Filipino war hero film, General Malvar. Descendants of Gen. Marval were at odds over the choice of Manny as their great grandfather.