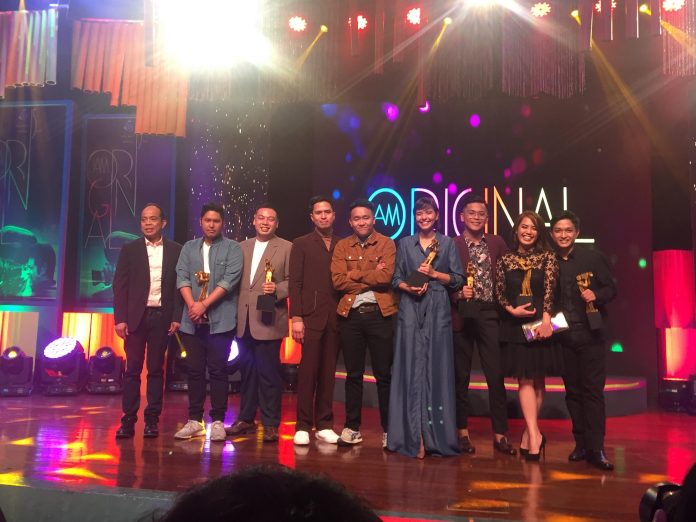 Films with LGBT themes emerged as big winners at the 15th Cinema One Originals awards event on Friday night at the Dolphy Theater.

In past interviews, the filmmaker said he takes pride in the film for presenting a narrative written, directed and fleshed out by members of the LGBT community.

Metamorphosis, a film that tackled the “I” in LGBTQIA community or persons born with both male and female genitalia, received the most number of recognitions. These are Best Director (J.E. Tiglao), Best Actor (Gold Azeron), Best Supporting Actress (Iana Bernardez), Best Cinematography (Tey Clamor) and Best Sound (Immanuel Verona and Vince Banta).

According to its director, he fought hard for his film to be shown.

Metamorphosis earlier met trouble after it was rated X or not suitable for public exhibition. After appealing to the Movie and Television Review and Classification Board (MTRCB), the film received an R-16 rating which allowed people 16 years old and above to watch the film in cinemas.

It’s Gold’s first acting award and his portrayal of a young adult coming to terms with gender identity, his first lead role.

Gold dedicated his victory to his father who has been with him every step of the way in his journey to the world of acting.

Alessandra, on the other hand, said she wasn’t prepared to receive the award.

She thanked her Lucid director Victor Villanueva for making her work hard at her scenes as a woman who practices lucid dreaming.

“Take four ako for the first time in my life,” she mused. “I’m usually just take one.”

“Salamat sa Cinema Originals, nakaisa din,” she added, referring to her first Cinema One trophy, the newest addition to her at least eight acting prizes to date.

A total of eight films were showcased at this year’s edition of the 15-year-old film festival of Cinema One, a cable channel owned and operated by ABS-CBN.