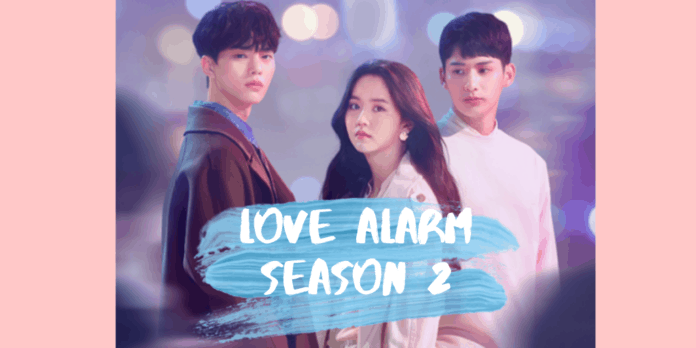 Yes, you read that right. The most awaited Netflix Korean drama series Love Alarm will be back for its second installment — soon.

Main cast of the show Kim So-hyun, Song Kang and Jung Ga-ram made the announcement Wednesday via The Swoon, Netflix’s dedicated channel on Asian content in YouTube.

Love Alarm Trended on Twitter Tuesday night after the series’ lead actors hinted on an upcoming announcement and fans eagerly thought of the possibility of its Season 2.

Love Alarm is a sci-fi romance drama based on a popular webtoon of the same name. The series is set in a world where people express their love through an application that alerts users when someone within a 10-meter radius has feelings for them.

Although there were no further details made, viewers are thrilled for its upcoming release.

So, who are you betting on who will Jojo end up with? Are you Team Sun Oh or Team Hye Yong?