Backstreet Boys are back, all right 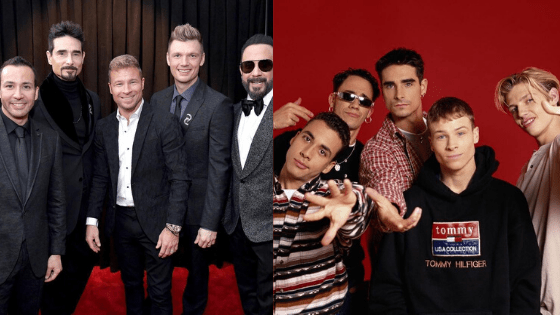 Though they have admitted they are proud keepers of dad bods now, their voices and moves are still the same from 20 years ago. AJ McLean, Howie Dorough, Nick Carter, Kevin Richardson and Brian Littrell are still the magnetic, kilig-worthy boys we’ve always known.

We took a trip down memory lane as we revisited the year known for its bubble gum pop music — the ’90s! The Backstreet Boys made their fans squeal once again at the DNA World Tour at the Mall of Asia Arena.

Backstreet Boys are back, all right. Nick Carter admitted he can “actually live here” because it is where his favorite food in the entire world, adobo, is.

They performed their best hits I Want It That Way, Shape of My Heart, Everybody (Backstreet’s Back), As Long As You Love Me and many more!

Of course, they couldn’t pass up performing their new songs from the DNA album for their Pinoy fans. They performed No Place, a song dedicated to the women behind the Backstreet Boys and their kids.

The boys named Manila as their “loudest crowd thus far,” and they were right! Even after the concert, fans sang the chorus of As Long As You Love Me on a loop while exiting the venue.