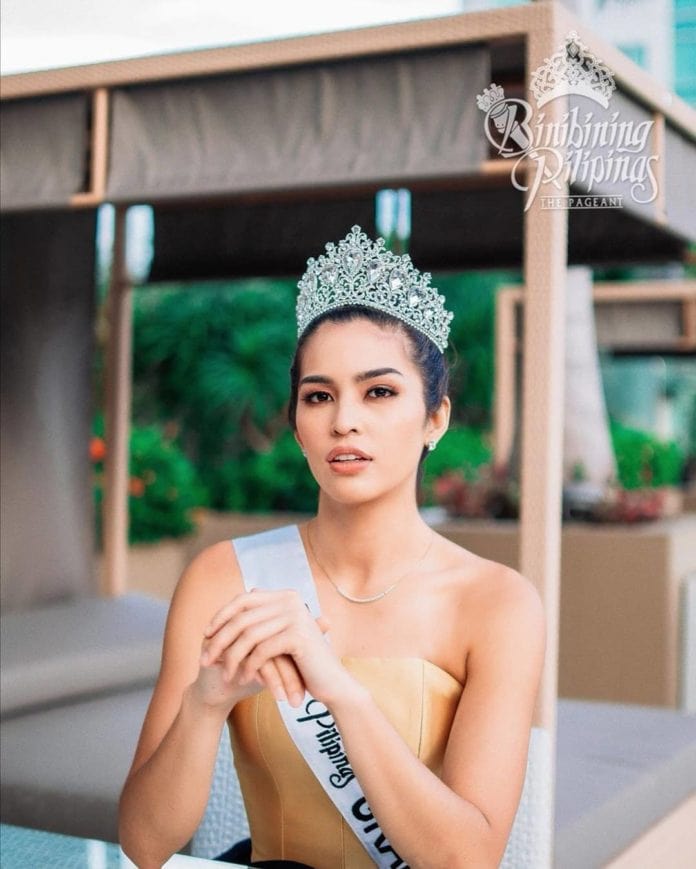 Bb. Pilipinas disputes Samantha Lo’s claim it ‘did nothing to assist her’

The Binibining Pilipinas Charities, Inc. (BPCI) has released a statement disputing the claim of Samantha Lo, Philippine representative to the ongoing Miss Grand International pageant in Venezuela, that it “did nothing to assist her” in her passport woes.

BPCI is the local organizer of the search for the local bet to the MGI pageant.

The Department of Foreign Affairs (DFA) had earlier confirmed that the beauty queen failed to continue with her journey due to issues with her passport, saying it was non-existent in their passport database.

BPCI also confirmed that Samantha was detained by immigration officials in Paris and eventually sent back to Manila due to issues with her passport.

“Ms. Lo was detained by immigration officials in Paris and was eventually sent back to Manila due to issues with her Philippine passport. The Philippine Department of Foreign Affairs (DFA) officially stated that Ms. Lo’s Philippine passport had been ‘tampered with and altered.’

According to BPCI, the beauty queen’s parents had a meeting with officials from the DFA and BPCI and they admitted that her Philippine passport was secured through a “fixer.”

“During a meeting last week with Samantha, her parents and officials from the DFA and BPCI, it was admitted by Ms. Lo’s parents, that she secured her passport through a fixer.”

Contrary to her earlier claim that the local organizer did not provide a transit visa, the BPCI said that Samantha holds a US passport so a transit visa was not needed.

“Ms. Lo also holds a US passport and, therefore, a transit visa is not needed. Past Binibini Queens have done this and have encountered no problems in their travels without transit visas.

BPCI maintained that they tried to help her resolve her passport problem but they were no longer able to contact her or her family.

“It is also not true that BPCI did nothing to assist her. Upon hearing of her situation in Paris, we immediately called upon DFA to assist her, and they did. We are grateful for the intervention of Undersecretary Dulay, which otherwise would have resulted in very serious consequences for Samantha. We wanted to support Samantha and help her resolve this. However, in the last few days, we were no longer able to contact her or her family.”

Despite what happened, BPCI said the organization was happy that Samantha still managed to make it to Venezuela, the host country of the pageant. However, they had to release a statement following her social media post that said “the local organizer” did not provide her with a transit visa and wasn’t the one who got her out of detention.

“Late Saturday night, Samantha surfaced in Caracas, Venezuela based on her social media post. We are very glad to know that she is not only safe but was welcomed by the MGI organization.

“We had chosen not to make any statements in deference to an ongoing investigation into the matter and to protect Samantha’s privacy after revelations of a fake passport had put her in this situation. However, due to her social media post, BPCI is forced to make a statement to ensure that only facts are presented, nothing else.

“For over five decades, BPCI has been sending Filipina delegates to international beauty pageants and we have always adhered to travel requirements set by the countries where our Binibinis compete. Through all this, BPCI stands by integrity, honesty, and the best of Filipino values in its dealing with people and other organizations,” the full statement ended.

Last October 19, Samantha broke her silence on Instagram, alleging that the “local organizer” failed to equip her with the proper transit visa, thus causing the delay in her arrival for the pageant.