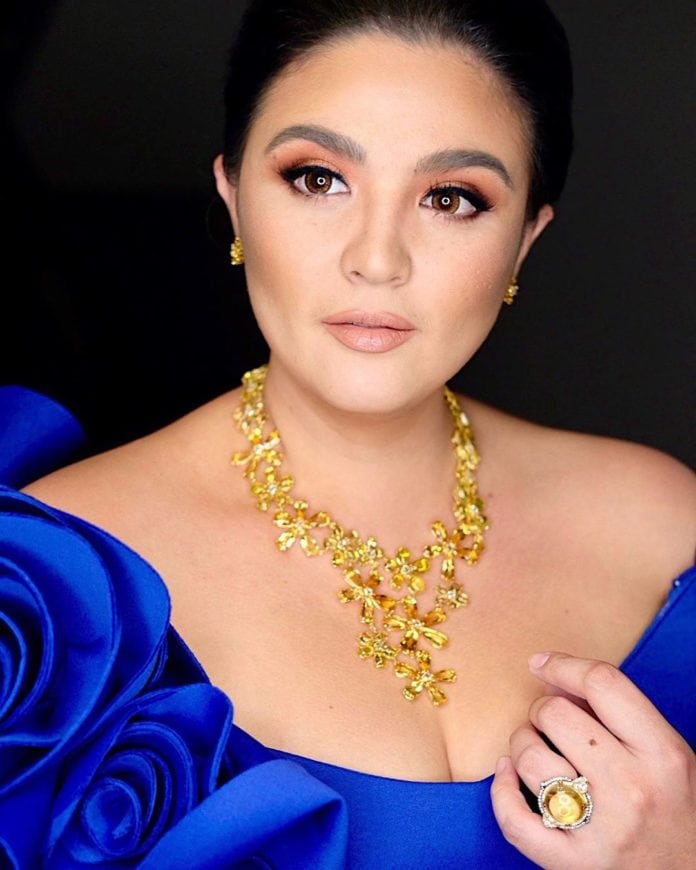 Sunshine Dizon readily addressed questions about her role as a mistress in her newest series, Magkaagaw, which premieres Monday, October 21, on GMA 7’s Afternoon Prime.

The actress plays Laura, a woman who unknowingly becomes a mistress because her husband (played by Alfred Vargas) kept his real identity from her.

It is a role different from her previous characters — mostly a wife betrayed by a philandering husband.

Playing ‘the other woman’

Did Sunshine have a hard time portraying a mistress?

She replied, “Hindi naman. To be honest, syempre the situation with Laura is different, so character-wise, you get to sympathize with her na she was just placed in that situation na wala talaga siyang choice.

“Hindi naman niya kasalanan. And there is a factual basis na the story is set in 1990s and at that time wala talagang ways si Laura to check kasi wala pang CENOMAR (Certificate of No Marriage) and I hope that it’s clear with the audience.

“So knowing that, I get to sympathize with the character and as everybody knows naman I’m always game for out-of-the-box characters. It’s always a challenge for me.”

When asked further if essaying such a character has somehow changed her perspective about mistresses in general, Sunshine replied, without batting an eyelash, “Never.”

Sunshine said that it’s a totally different story when a person knowingly enters into a relationship with someone already committed to marriage.

“Sabi ko nga trabaho ko to…the same thing when I accepted Ika-6 na Utos. Sabi nila medyo kahawig daw sa storya ng buhay ko. Sabi ko nga, I am an actor and whatever role is given to me, I will gladly accept lalo na kung challenging because it pushes me to do better, you know, to exercise my skills,” she added.

In real life, the actress’ marriage reportedly fell apart due to cheating allegations.

“Pero kung you did it knowing na meron kang sinisira na pamilya, now that’s a different story. I will never agree with you. Sorry to say that.”