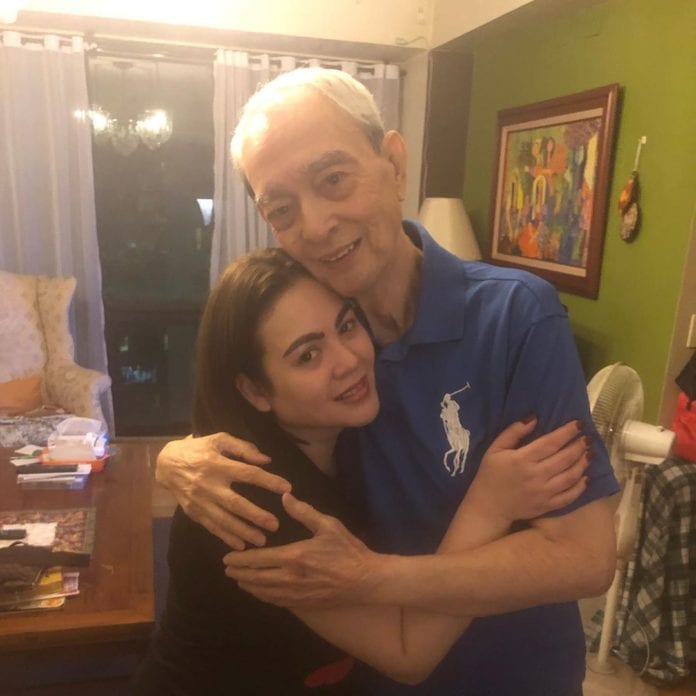 Actress Claudine Barretto has said her final farewell to her father, Miguel Barretto.

In a short Instagram live video today, she told her followers, “I’m saying goodbye to my dad now.”

The patriarch of one of Philippine showbiz’s most prominent families passed away on Tuesday, October 15, at the age of 82.

These past few days, the Barretto family has been wracked with controversy following two incidents of heated confrontation allegedly involving Claudine, her sisters Gretchen and Marjorie as well as other family members, at the wake held at Heritage Memorial Park in Taguig.

This Saturday, however, Claudine was a picture of sadness as she said saying goodbye to a loved one is the toughest part.

“This is the hardest part, please pray for us,” she told followers watching her on Instagram live at a little past 12 noon.

It was earlier reported that their father would be cremated before the original schedule of Sunday in light of recent events.

Meanwhile, in another video posted on Gladys Reyes’ Instagram account, Claudine thanked those who condoled with their family.