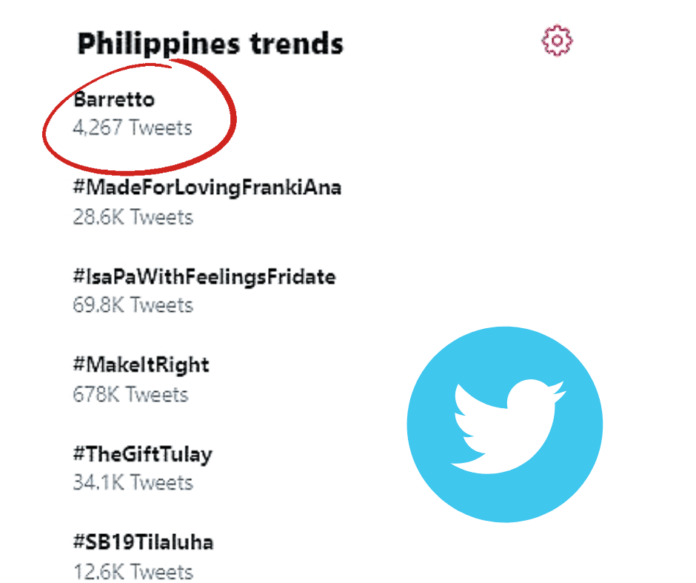 The Barretto family has once again piqued the interest of netizens following an alleged fight of the Barretto sisters Claudine, Marjorie and Gretchen during the wake of their father Miguel.

Several posts relating to “Barretto” surfaced in the online world, making it the top trending topic on Twitter on Friday.

On Wednesday night, Gretchen, known to be long estranged from her family, visited the wake of her father and appeared to have reconciled with her mom Inday.

President Duterte along with Spokesperson Salvador Panelo and Senator Bong Go were also in attendance.

Just when everything about the family reunion seemed fine, reports emerged that the Barretto sisters had a heated confrontation at the wake, which was witnessed by the President.

DZMM Teleradyo also reported on Thursday about Claudine being hospitalized after another “fight” transpired. It allegedly involved her and Marjorie.

The Barreto’s “mala-teleserye” conflict has since sent the Internet into frenzy.

Here are some of the comments from netizens: