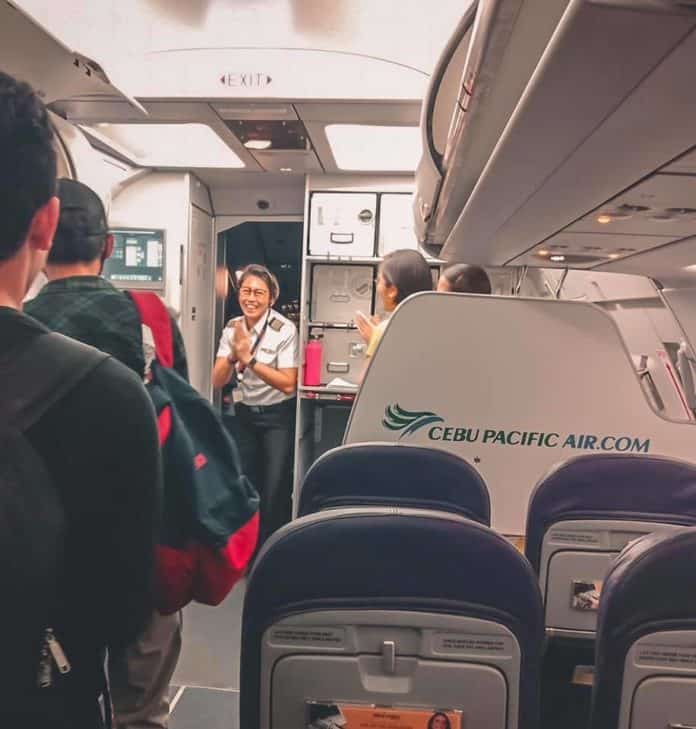 Victorioso expressed her appreciation to lady Captain Jacqueline Chua and first officer Ver Joseph Poblete who were in control of the flight.

She said that instead of 51 minutes of traveling time from Iloilo to Davao, the trip became one hour and 20 mins due to the weather conditions.

“Mid flight namin, violent turbulence occurred that really brought panic to all of us. All of us are synchronized screaming every time may turbulence. Kase we thought babagsak talaga kase pababa ang turbulence,” she said.

Onboard the plane were teachers and staff of Notre Dame Tacurong College. They had their personnel’s retreat in Iloilo.

After touchdown, passengers gave a resounding applause to the pilots and cabin crew who landed them safe and sound.