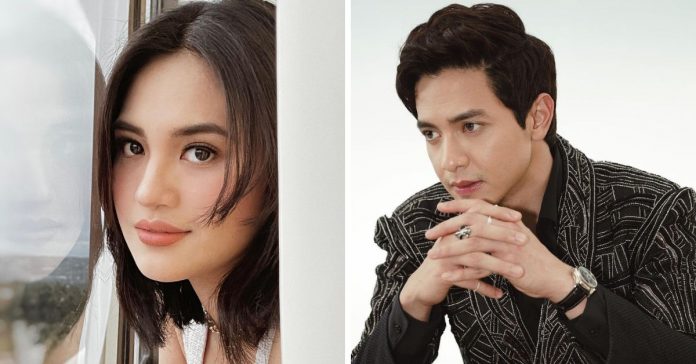 In the Wednesday episode of Fast Talk With Boy Abunda, Alden revealed what happened between him and those who were romantically linked to him including Julie Anne.

Alden said he was the one to blame in his interrupted romance with the singer-actress, saying he chose to focus on work at the time.

The actor related that the situation caused them to not talk for years. It was only that one time when he had the chance to confront Julie Ann in one of their rehearsals for the musical variety show Sunday Pinasaya.

“Nung kami pong dalawa na lang sa green room, ni-lock ko po yung pinto and then I talked to her na, ‘I’m really sorry for all what happened. Iniwan kita and there’s no one to blame but me. I am very sorry. Sana mapatawad mo na ako’,” Alden recalled telling Julie Ann.

Alden said that their heart-to-heart talk brought relief after years of no communication the Maria Clara at Ibarra star.

Alden then clarified that they have moved forward and are now “very very much good friends”.