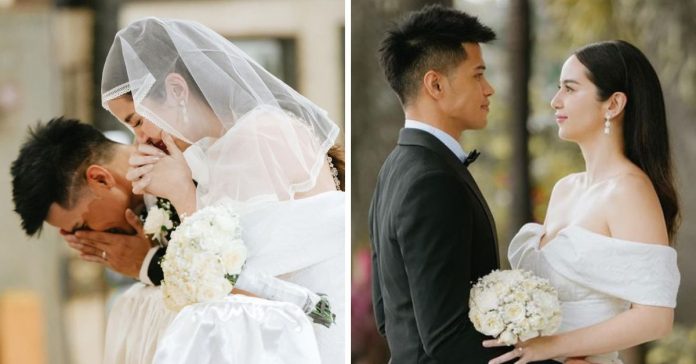 Vin Abrenica and Sophie Albert are officially husband and wife!

The Kapuso couple tied the knot at a church wedding ceremony as seen on photos shared on their joint Instagram post.

The nuptial snaps captured by Nice Print Photography, howed the two beaming as they finally exchanged I do’s, with their daughter Avianna present.

“I have found the one whom my soul loves,” read Sophie and Vin’s caption quoted from the book of Songs of Solomon, with the hashtag #SoVinLoveForever.

Sophie also declared in an Instagram story that she’s now “finally a Mrs”.

Sophie and Vin first announced their engagement in February 2021. They welcomed their daughter Avianna in March of the same year.