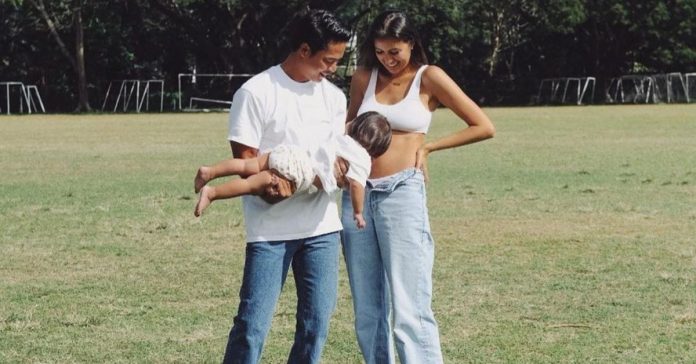 Rachel Peters and her husband Migz Villafuerte recently announced that they are expecting their second child together!

The couple took to social media to share the big news as they revealed that her first trimester has already passed.

“Been baking a little bun. Can’t believe we’re a family of four!!! Also belated happy birthday to the hubs – you already know this counts as your gift for the next few years. Love you & love us forever,” she wrote, along with a snap of her growing baby bump.

On another social media post, the former pageant queen shared her second pregnancy flew by fast compared to her first.

“Feels like this pregnancy is going so much faster than with Kaia, which is both good and bad haha 2 under 2 let’s do this!!” her caption read.

It was just in October of 2021 when Rachel and her CamSur governor hubby announced that they have welcomed their first child together.

Rachel Peters is a glowing mom in beach snap four...

Rachel Peters is a glowing mom-to-be in maternity shoot